Lockdown Brutalities: We'll Deal With Officers Who Are Caught – Minister 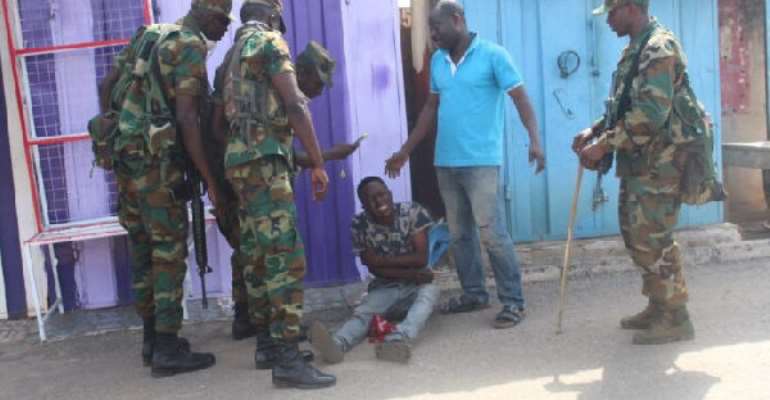 Interior Minister Ambrose Dery has assured that officers found culpable of brutalizing citizens in the ongoing partial lockdown will be dealt with accordingly.

He reiterated the operation is a humanitarian one and not one to terrorize innocent citizens.

Speaking to Starr News’ Ibrahim Alhassan, Mr Dery acknowledged some of the videos making rounds are real and have been sent to the appropriate quarters for investigation and apprehension.

“Several videos are on platforms, fake news, things that happened years ago trying to create the impression that this humanitarian action by security agencies is meant to be draconian and that we are beating people to a pulp.

“There is one video that came out that was real, it has been referred to the IGP, action is being taken, and we will deal with the people. Because at the end of the day, the President has made it clear, this is an operation to protect the lives of our people. It’s not an operation to terrorize our people and therefore yesterday the IGP and the Chief of Defence Staff, went round and we were in contact,” he said.

He added: “and we are prepared to even take calls, and we have given you the numbers that we want to correct it. Yes, its not all perfect, I will admit that and we will deal with those.”

The Minister also sent out a word of appeal to social media users to stop circulating untrue videos of security officials brutalizing citizens, some of which are old whiles others did not take place in Ghana.