By Hannah le Roux - The Conversation 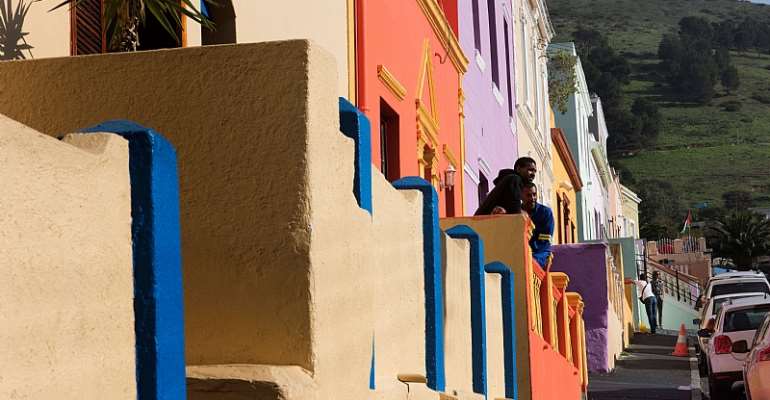 The response to COVID-19 has taken a spatial turn. Borders have been strengthened, people are being asked to confine themselves to their homes. Public spaces – markets, stadiums, schools – have been closed. It has suddenly changed the image of homes and cities.

I've compiled a short list of some of the design features of architecture through history that provide useful insights into what COVID-19 has taught us to be mindful of.

A necessary and immediate public health intervention to stop the transmission of COVID-19 is through washing of hands . New rituals for timing the action, like singing Happy Birthday twice, have been invented.

Most modern buildings do not have taps anywhere near the entrances, as bathrooms, considered primarily as private places for toilet functions, are located deep within them.

In contrast, historical places were deeply sensitive to the transmissive dangers of gathering. In Rome, the provision of fountains supplied water from afar to the growing city. Their restoration in the Baroque period allowed for the hydration of pilgrims, itself a public health support, and for everyday practices such as washing and laundry .

At a closer scale, the location of cleansing rooms to support Islamic practices of wuḍūʾ , the ritual cleansing before prayers, is a model for transformed practices . A man performs ablution before praying at Feroz Shah mosque in New Delhi, India. The mosque was built in the 14th century. Shams Qari/Barcroft Media/Getty Images

The newest coronavirus appears to attach well to modern materials like glass, some metal alloys and plastics. The shiny surfaces most associated with cleanliness are potentially the most risky.

In contrast, the roughness of organic surfaces such as fabrics, and possibly wood and raw ceramics, appears to break up the RNA chains.

But porous surfaces bring their own cleanliness challenges. We could learn from Alvar Aalto's use of brass as a material for handles , given the far faster degradation of viral material on copper than on its modern substitute, stainless steel.

The courtyard allows for households to interact with sunlight and open air without needing to step into the public realm. It is typical of many of the largest towns of the world prior to the 20th century. A hutong or traditional lane in Beijing. Gideon Mendel/Corbis/Getty Images

The alleys called hutongs in Beijing in Beijing, the corte or courtyards of Venice, the lapa of Southern Africa and the patio of Latin vernaculars all have an intrinsic function of supporting quarantine if required. The courtyard is a place to store provisions, to hang out bedding to air or dry, to allow children to play and to hear each other's sounds of health or distress.

Later typologies developed through colonial encounters with the indoor-outdoor spaces of Asian and African vernaculars incorporated porches – roofed, open air additions to the shell of the house. Like courtyards, they offer opportunities to access fresh air and sunlight. A corte or court in Venice, Italy. Alessandro Albert/Getty Images

Within many older homes in colder climates, the lobby is an integral element in the transition from outside to indoors. Apart from the thermal value, it functions as a quarantine zone for items of clothing, umbrellas and bags. Leaving these wet or dirty items behind in the lobby limits the intrusion of potentially unhealthy materials and biological agents into the home. As architects designed ever more minimal social housing in the 20th century, and supported the rapid decrease in the size of commercial apartments in the 21st, the excess space of the lobby was an easy target to shrink or remove.

Returning to the logic of lobbies will allow for reinsertion of these valuable thresholds of health and safety.

The knowledge of medicinal plants among indigenous people is deep, and the many scholars and practising botanists who have kept track of such knowledge have often created a spatial resource in the form of medicinal gardens.

These places are not just sources of knowledge for research and education, but also materially valuable as environments of vaporised antimicrobial oils. Hedges of plants around gardens can further filter out transmissive agents.

South African lists of the indigenous knowledge of medicinal plants include over a dozen commonly used indigenous ones used to alleviate flu symptoms, including umhlonyana or lengana ( Artemesia afra ), which is cultivated in backyards, and imphepho ( Helichrysum species ).

The prodigious aloes are also an easy supply of gels to rehydrate hands that are dried out by frequent washing.

But there are challenges

Why is this information important at a time of medical crisis?

COVID-19 has made it clear that unequal access to health facilities, along with cost containment, standardisation and the market-driven design of space, comes at an enormous price in human and financial terms. In reacting to the pandemic, architecture can reclaim its impact by conceding its loss of connection with public health, looking beyond Western thinking for its references.

By Hannah le Roux, Associate professor of Architecture, University of the Witwatersrand