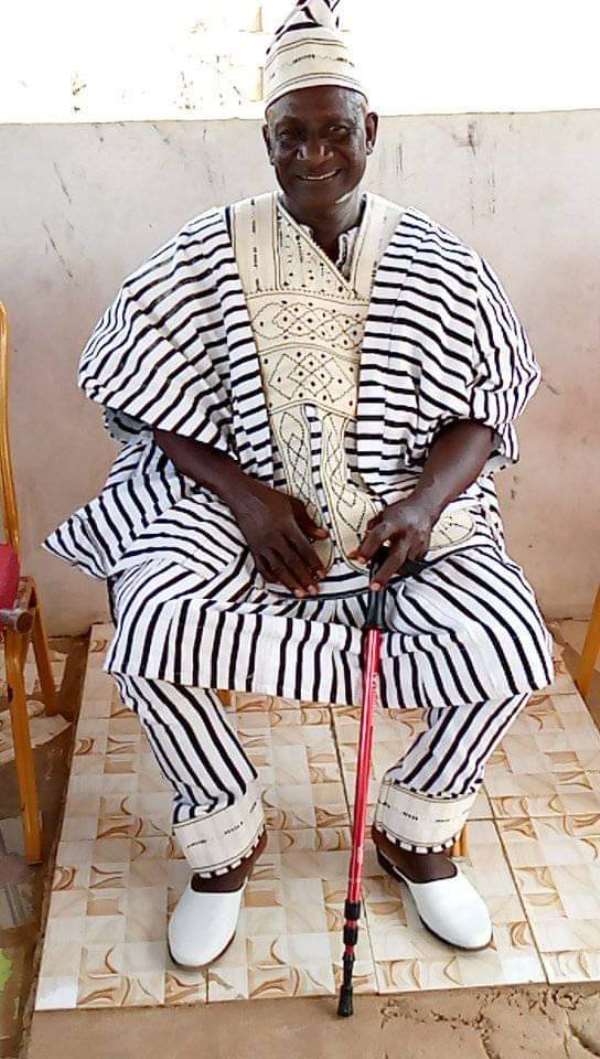 The Paramount Chief of Bussie Traditional Area, Naa Bachor Nyale Pius 1 has announced a close down of the Bussie market which happens to be the biggest market in the Daffiama-Bussie-Issa District.

According to a press release signed by Hon Evans Naa Gandiibu, the Hon Assembly Member for Bussie East, for the paramount chief, the action was taken as a "radical measure" to prevent the deadly covid-19 pandemic that has engulfed the country.

The paramount chief made it clear through the release that, the action was taken in consultation with all stakeholders.

He also called on all citizens especially traders to collaborate with leadership to help stop the spread of the disease.

Below is the full statement.
SUSPENSION OF BUSSIE MARKET DAY
30th March, 2020
As part of precautionary measures to stop the spread of coronavirus, the Paramount chief of Bussie Traditional Area, the District Chief Executive of Daffiama Bussie Issa, the Tendaaba of Bussie, the Assembly members of Bussie East and West, Unit Committee have suspended Bussie Market day which comes on every six days interval starting from Thursday, 2nd April,2020 til further notice.

All traders in and out of Bussie traditional area are hereby informed that the Bussie market is from henceforth closed.

We call on all citizens especially traders to collaborate with leadership to help stop the spread of the disease.

The action is taken as a radical measure to help in preventing the deadly pandemic called covid-19.

We shall monitor any development relative to the pandemic and take other informed decisions, when the need be, in the interest of the people of Bussie, and by extension the entire Upper West Region.