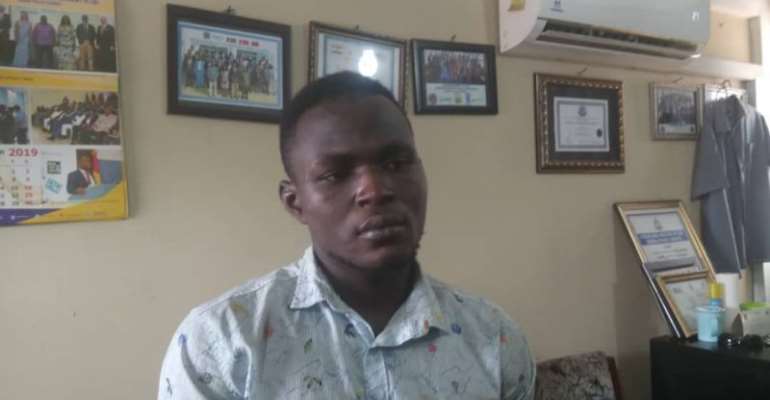 Abdulai Karim, a 24-year-old alleged rapist and robber who was in the custody of the Bono Regional Police Command has escaped from cells.

According to the Bono Regional Police Command, Abdulai Karim escaped from their custody on 30th March, 2020.

The PRO of the Bono Regional Chief Superintendent Augustine Kingsley Oppong stated that, “The image above is the accused person a 24-year-old Abdulai Karim who was remanded into police custody at the Sunyani cells. He escaped from custody yesterday. Please we need help from all and Sundry. We have placed Ghc5, 000.00 on his head. Whoever is able to offer vital information leading to his re-arrest would right away be given the said amount of money.”

Abdulai who is a resident of Yawhiman in the Sunyani Municipality was arrested in February 2020 for allegedly engaged in robbery and raping his victims. He is alleged to have rapped 11 of her victims in the process.

He was put before the Sunyani District Court B and has been remained in Police Custody to assist in investigations into other crimes he is involved before his escape.