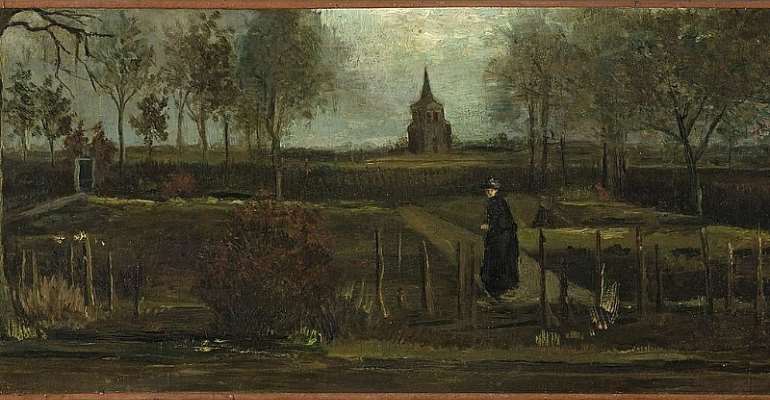 A painting by Vincent van Gogh was stolen early Monday from a museum near Amsterdam that was closed to the public due to the coronavirus pandemic.

According to a Dutch police statement, Van Gogh's Parsonage Garden at Neunen in Spring was stolen in an overnight break at the Singer Laren Museum near Amsterdam.

The thieves reportedly smashed through a glass door at around 3.15 am (local time) and took the painting, which is valued at up to six million euros.

"I am shocked and unbelievably annoyed this theft has happened," Jan Rudolph de Lorm, one of the museum's directors, told a press conference.

"Art is there to be seen, to be enjoyed, to inspire and to bring solace, particularly in these troubled times in which we find ourselves," De Lorm added.

Parsonage Garden at Neunen in Spring was created in 1884 by the Dutch master and comes from relatively early on in Van Gogh's career.

The painting was on loan from its owners, the Groninger Museum in the north of the Netherlands, as part of an exhibition.

"To me this looks like the work of a copycat," adding the modus operandi was similar to two other cases.

Asked whether he thought there was enough security at the museum Brand said "it is very difficult to say."

"Securing a painting is very difficult. It is something that has to be displayed for people to see," he added.

Van Gogh masterpieces
It was the third time the famous Dutch master's works have been targeted in the Netherlands since the 1990s.

Two Van Gogh masterpieces went back on display at Amsterdam's Van Gogh Museum last year after they were stolen from the museum in 2002.

Previously three Van Goghs that were stolen from the Noordbrabants Museum in 1990 later resurfaced when a notorious Dutch criminal made a deal with prosecutors.