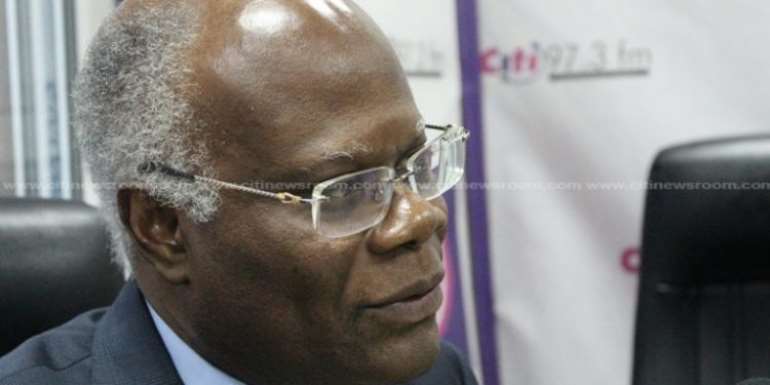 The Member of Parliament for Adansi-Asokwa in the Ashanti Region, KT Hammond has backed plans by government to use part of the Heritage Fund to fight against the Coronavirus pandemic.

Finance Minister, Ken Ofori-Atta on Monday, March 30, 2020, proposed the amendment of the Petroleum Revenue Management Act to allow the government to utilize portions of the Heritage Fund in the fight against the COVID-19 which has infected 152 people and claimed five lives.

The Minority side in Parliament however shot down the proposal, arguing that it is not yet time for the government to touch the Fund.

But speaking on Eyewitness News, the Adansi-Asokwa legislator argued that he sees no reason why the Heritage Fund should not be invested now into the fight against COVID-19 to secure the future of the country.

“What is the purpose of this Heritage Fund? When you travel abroad you are quite happy with their infrastructure and that is because they use the money that they had at the time for the purpose of the future generation…Let’s use the money to establish our systems and put together the economy to build Ghana for the future generation,” KT Hammond said.

He further argued that even though he had opposed the use of the fund in the past, it was because he could not trust the National Democratic Congress (NDC) to put the money into good use, but the Heritage Fund in the hands of a New Patriotic Party (NPP) government meant that all Ghanaians will benefit from it.

“I think the NDC is opposed to this idea because during their time the likes of us opposed the idea of the NDC putting their claws into this money because we know their records of handling the finances of this country. So I was always afraid of giving them the opportunity to touch it…I have always said that in the hands of a capable government such as the NPP, that money could be used for the benefit of the entire country and therefore for the benefit of the future generation,” the legislator added.

KT Hammond also argued that instead of going to sign loan facilities and later pay huge interests on them, it was prudent in times like this to fall back on the Heritage Fund.

“We go around looking for loans and then pay interest on all of that and sometimes the interest we pay on some of those monies we go out looking for is more than the dividends we earn from the monies that we have left in this account all in the name of future generation, so let’s invest the money now for the benefit of the future and not to leave it there as cash for them to come and meet it.”