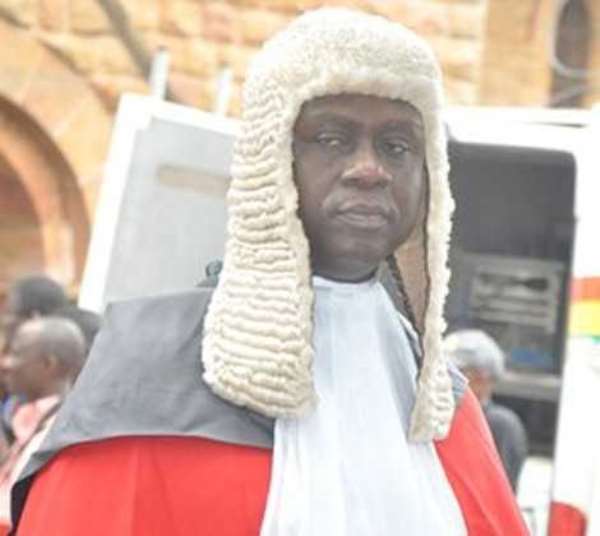 The Chief Justice, Kwasi Anin-Yeboah has ordered court registrars to adjourn all cases affected by the partial lockdown to dates in May and June as measures to stop the further spread of Covid-19.

All courts in the partial lockdown areas are also to cease sitting while provision has been made for selected courts to deal with critical cases which may arise in the course of the lockdown such as breaches of the lockdown order and other criminal matters.

The Supreme Court and Court of Appeal are also available to deal with “urgent cases that may arise during this period”, Justice Anin-Yeboah ordered in a statement.

The registries of the two superior courts also remain open during the lockdown.

According to the statement, the restrictions imposed on residents of Greater Accra and Greater Kumasi affect all lawyers and litigants and court users since they did not fall within the category of persons exempted from the lockdown.

All support staff of the Judiciary have also been asked to proceed on their annual leave while skeletal staff such as registrars, court clerks, cashiers, interpreters, recorders and bailiffs are to remain at post to support the designated courts.

The Chief Justice added that administrative offices will be manned by the skeletal staff determined by the Heads of Department to ensure that critical services are provided during the period.

High attendance on first day of parliament's 3rd meeting of ...
40 minutes ago