100 tonnes of masks, medical supplies from China arrives in France 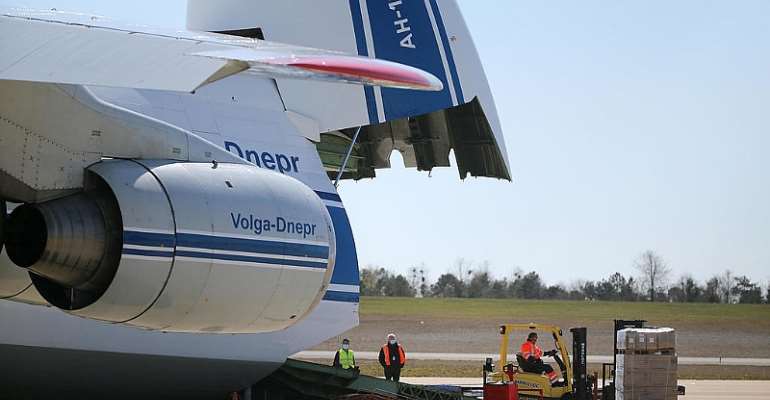 The first batch of a billion face masks ordered by the French government to fight the Covid-19 pandemic has landed near Paris. One hundred tonnes of medical supplies from China were airlifted at the weekend, including over 15 million masks.

The day after the French government announced it had ordered one billion masks from China, 100 tonnes of medical supplies landed at Roissy - Charles de Gaulle airport.

Five and a half million face masks were among the goods that arrived on Sunday on an Air France cargo flight. Another 10 million arrived on Monday at Paris-Vatry airport.

Olivier Véran, the French health minister said the country needed 40 million face masks per week to face the coronavirus outbreak but that it only has a weekly production capacity for 8 million.

The face masks are not only needed to protect health workers like doctors and nurses but all frontline workers, including policemen.

LVMH Group, the French luxury good multinational, said the first 2.5 million masks it has ordered arrived by plane in Charles de Gaulle airport on Sunday. The group has pledged 10 million masks to France.

The Antonov-124 carriers being used can carry between 10 to 13 million masks.

Prime Minister Edouard Philippe announced at the weekend that his government has set up a secured airlift operation with China to import much needed face masks.

The Dutch ministry of health said it had asked its hospitals to return around 600,000 face masks, imported from China, which health professionals are using to treat patients of the coronavirus.

According to the ministry, they fail to meet safety requirements. They did not fit on the faces of doctors and nurses and were failing to prevent particles of the Covid-19 virus passing through.

In China, the pro-government Global Times newspaper, wrote that the Chinese government should impose strict quality control over the production of medical products.

“Foreign orders are large and urgent, but not all Chinese manufacturers specialise in this industry. Some have been temporarily converted to production. Coupled with that standards in different countries are inconsistent.

The paper added that those who tarnish the “Made in China” reputation “will not be tolerated.