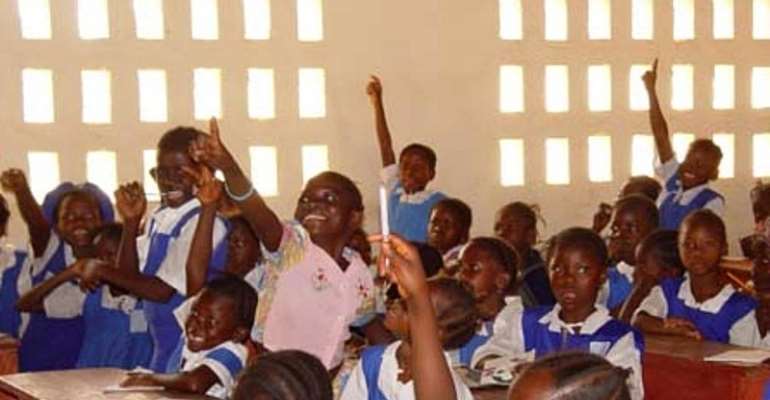 A 10-year ban preventing pregnant girls from attending school in Sierra Leone has been lifted in an effort to create what the government has called "radical inclusion" and comprehensive safety.

The ban on pregnant girls attending school was overturned with immediate effect after a government cabinet meeting earlier this month, according to David Moinina Sengeh, minister of basic and senior secondary education.

The ban, enacted by the previous government administration under Ernest Bai Korona, had become a divisive issue.

In December 2019, President Julius Maada Bio said that it was the government's constitutional duty to protect girls. “My government is focused on and committed to inclusive national development, meaning the radical inclusion of every citizen regardless of their gender, ethnicity, ability and socioeconomic or other circumstances,” he said.

In 2015, Sylvester Meheux, the chairman of the Conference of Principals, told RFI he believed that a pregnant girl at school could “encourage other girls to do the same thing”, adding that the child should be counseled because of her "lack of personal control".

Sierra Leone was hit hard by the Ebola epidemic that spanned nearly two years until November 2015. The country has also seen a spike in the number of teenage pregnancies, many due to rape.

The reversal of the ban is seen as a hard-earned triumph by those who have pushed for inclusion.

"This victory belongs to the brave girls and women in Sierra Leone who continue to demand a better future,” says Sabrina Mahtani, a human rights lawyer who documented the ban for Amnesty International.

“It also shows the importance of collaboration between a variety of civil society organisations. It's taken 5 years of advocacy, legal strategies and government engagement," she adds.

Schools are closed throughout the country to prevent the spread of Covid-19, but pregnant girl students will be included when the government re-opens the schools.

High attendance on first day of parliament's 3rd meeting of ...
39 minutes ago