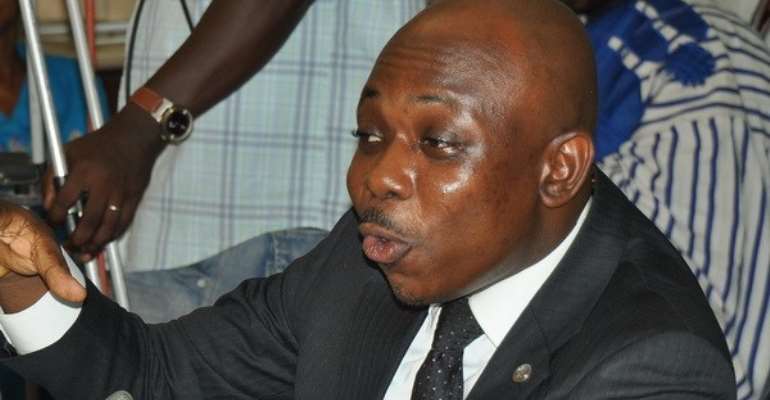 The NDC MP for Builsa North, James Agalga has described the establishment of the COVID-19 Fund to attend to the emergency needs of the country in the wake of coronavirus outbreak in Ghana.

James Agalga who is also a Ranking Member of the Parliamentary Committee on Defense & Interior says it is needless.

According to him, the establishment of the COVID-19 Fund is just a duplication of existing funds set up by the state to address the needs of the country in emergency situations.

He said it was not for nothing that the Disaster Fund which was established following the passage of the NADMO Act in 2016, was set up.

The Disaster Fund, he noted, is meant to address the needs of the country in emergency situations like the country now finds itself in and also outlines measures under which contributions could be made into it.

He said for the country to solicit the help of the public in dealing with the spread of COVID-19 pandemic, it is important for the government to operationalize the Disaster Fund.

“I know the President’s intentions are good and he should be applauded for his efforts. But once again, when I pondered over the issue critically, I felt that this exercise of setting up a COVID-19 Fund was unnecessary in the first place. Why do I say so? You all aware that I had the occasion to file a question directed at the Minister of the Interior to appear before this House to appraise the House about the status of Disaster Fund set up under the NADMO Act, 2016. When the Minister appeared, I think we are all witnesses to what transpired. He fumbled badly because the Fund set up under the NADMO Act, 2016 has not been operationalized. That particular Fund is meant for emergency situations like this. So, rather than set up a new Fund which needs to be taken through the legislative process – a law would have to be enacted by parliament to give legal effect to the COVID-19 Fund, I am of the view that the National Disaster Management Fund that was set up in 2016 ought to be operationalized. In short, the setting up of the COVID-19 Fund is duplicitous and thereby, unnecessary. Let us operationalize what is already in existence for this particular emergency situation.”

Hon. Agalga was speaking to journalists on the sidelines on Parliamentary sitting on Monday, March 30, 2020.

President Akufo Addo in a state address announced the establishment of a COVID-19 Fund to deal with the outbreak of the disease and also donated his three months salary to the fund.

The Fund will be managed by an independent board of trustees chaired by the immediate past Chief Justice, Sophia Akufo Addo to receive contributions and donations from the public to assist in the welfare of the needy and the vulnerable.