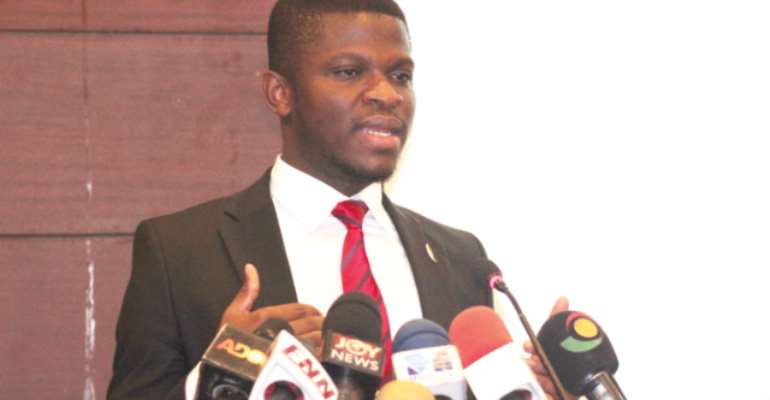 The National Communication Officer of the opposition National Democratic Congress, (NDC) has insisted on President Nana Akufo-Addo’s government to reduce the prices of fuel immediately.

He said the reduction will ease the economic burden on commercial drivers amid the partial lockdown imposed on Greater Accra, Kumasi and the Kasoa environs to mitigate the spread of coronavirus, which has, so far, killed five people in Ghana out of the 152 people infected with two recoveries.

Folks, I am glad that President Akufo-Addo finally hearkened to the advice of the Ghana Medical Association, the TUC, and other Ghanaians to partially lockdown the country in the wake of the escalation of recorded cases of the Novel Coronavirus pandemic in Ghana.

Although the partial lockdown is laudable, the manner in which it was communicated by the President in his recent address to the nation, leaves much to be desired.

I say so for the following reasons:

1. The President’s failure to disallow or restrict inter-regional movements, specifically, movements from regions affected by the announced lockdown (epicentres) to regions not affected by the lockdown, undermines the very purpose of the partial lockdown. This is likely to lead to more community spread of the coronavirus infection.

In the last 48 hours, there has been an exodus of people from the epicentres of the virus; to other regions due to the announced lockdown. Some of these regions were yet to record cases of the virus. But the mass movement of people in buses to these areas can lead to the spread of the deadly Coronavirus.

I believe that the President could have been guided by the example of Italy, which has been ravaged by COVID-19 to know that announcing a lockdown that allows inter-regional movement before its effective date, is a recipe for further spread of the disease.

2. The scope of some of the exemptions granted by the President are too broad and more likely to be observed in breach.

A classic situation is the President’s directive to public transport operators (specifically trotros and taxis) to limit the number of passengers they carry in order to encourage social distancing. The President's directive falls short of clarity.

How on earth does the government expect commercial transport operators to abide by a non-existent threshold of passengers at a time when many are cashing in on the fear and panic situation in the country?

I think it would have served a better purpose of reducing human contact and promoting social distancing, if the government had announced a specific percentage cut down on the number of passengers that public or commercial vehicles should allow at this crucial time.

Also, this should have come with an incentive, in a form of a drastic reduction in fuel prices to cushion the drivers, GPRTU and car owners. After all, the world market price of crude oil has dropped significantly in the last three (3) months.

Aside from these issues, it is important to note, that the serious challenges confronting the country’s fight against the COVID-19 pandemic have still not been addressed by the government.

1. There was no information on the status of the 100 million USD which the President claims to have made available to enhance our COVID-19 response plan. The point has to be made, that the newly established COVID-19 Fund and the announced stimulus package for the private sector, though laudable, cannot be a substitute for the promised $100 million USD. The country urgently needs a clearly dedicated amount of money for the enhancement of our response plan to the pandemic.

2. The urgent need for the government to embark on mass-testing has still not been addressed.

Also, one can safely argue that from the nature of some of the cases that have been recorded in our country, voluntary testing is critically needed at this time to prevent the unintended transmission of the virus. Government’s inability to provide enough test kits for mass and voluntary testing leaves the greater public in danger. But for Jack Ma and Alibaba who donated test kits to Ghana last week, Ghana would have run out of test kits by now. The big question is, where are the 50, 000 test kits that the Akufo-Addo government imported so late in the day?

3. Government has still not addressed the problem of lack of PPEs for our front-line health workers. The chorus of lack of PPEs has been loud and unanimous among health workers in the country in the last few weeks. The recent incident at the Ridge Hospital involving the father of Mr Bice Osei Kufour (Obuor, an NPP Parliamentary aspirant) which left several workers terrified speaks volumes of the need for adequate protection for our frontline health workers who in most cases have no guaranteed safeguards. The President must urgently address this to avoid our gallant health workers putting their lives in harm's way as has been witnessed in Italy and other countries.

4. The problem of lack of transparency on lateral cases has still not been addressed by the government. Given the fact that Ghana has moved from vertical infections (imported cases from abroad) to the point of community infections, it is imperative that government provides accurate information on especially, community-acquired cases so as to help community members and the general public keep safe. Unfortunately, the government is not abiding by their own 6-hour update of information on the COVID-19 website.

5. Additionally, the problem of poor surveillance of our borders has not been addressed.

The announced border closure is not working effectively. People are still coming into the country through unapproved entry points along our land borders. The recent ten (10) cases recorded in Tamale involving Guinean Nationals is a classic example of this fact. Surveillance of our land borders is very weak and must be strengthened by our security agencies immediately.

Finally, I must stress that the announced stimulus package for the private sector must not end up as one of Akufo-Addo’s failed promises. Let’s hope that it is released and disbursed on time as promised. We must equally pray, that the distribution is not done on a partisan and nepotistic basis as has been the trend under this government.

Also, it is my prayer that the government immediately addresses the acute water shortage that Ghanaians in several parts of Accra are experiencing so they can have access to potable water in this period of lockdown.

Last but not least, let me reiterate the call for the government to reduce fuel prices drastically in order to cushion drivers, GPRTU and car owners as government forces them to limit the number of passengers.