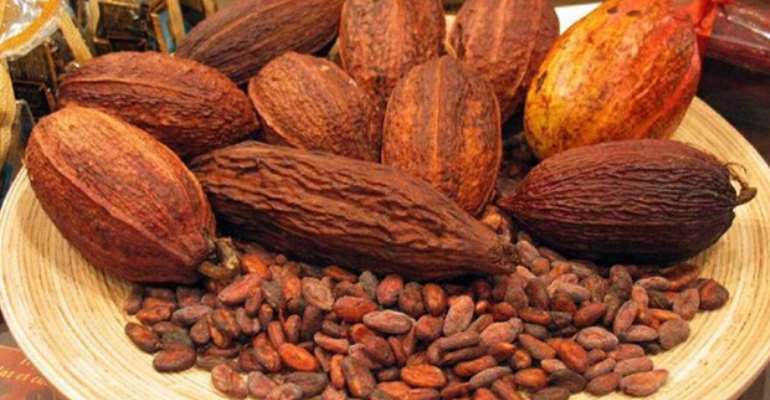 Ghanaians have been encouraged to increase their daily consumption of cocoa related products to help boost their immune system in the fight against coronavirus(Covid-19).

Dr. Edward Ampofo of Cocoa Clinic made the call yesterday, saying in times like this, it is important to consume Cocoa on a daily basis as an immune booster.

According to him, cocoa does not only help to boost the immune system but equally helps to protect the human body against infection.

He explained that the immune functions of cocoa are mainly related to what he called its polyphenol content and methylxanthine-theobromine.

“The immune system protects the body against germs and foreign materials,” he explained, adding, it is made up of two components- innate and adaptive. The innate immune response is inborn or natural.”

At the same time, he added that the immune system is able to distinguish itself from foreign material and thereby avoid self-tissues.

The adaptive component is the acquired immune response, he said, adding “It learns from previous exposure of the immune system and develops agents such as antibodies to deal with future encounters.”

He said Oxidative stress has been identified as a major factor in inhibiting the immune system from performing its normal functions.

“Oxidative stress is essentially an imbalance between the production of free radicals and the ability of the body to counteract or detoxify their harmful effects through neutralization by antioxidants.”

“There is oxidative stress in infections and the body usually mobilizes e.g. white blood cells in such situations. Polyphenol-rich cocoa is a strong antioxidant and therefore able to mop up these free radicals produced via oxidative stress and in turn normalizes the functions of the immune system.”

“Indeed, cocoa is recognized as the highest source of polyphenols of all foods on weight basis.”

“Polyphenol-rich cocoa, apart from its antioxidant properties is able to independently act on the immune system to perform its functions to the desired level.”

According to him, this ability is linked to its direct effects on signaling cells involved in regulation of the immune system and the theobromine component of cocoa.

The latest area of interest is the impact of the gut microbes (microbiota) on health, he said.

“There is a close link between the immune response and the gut microbiota (or flora).”