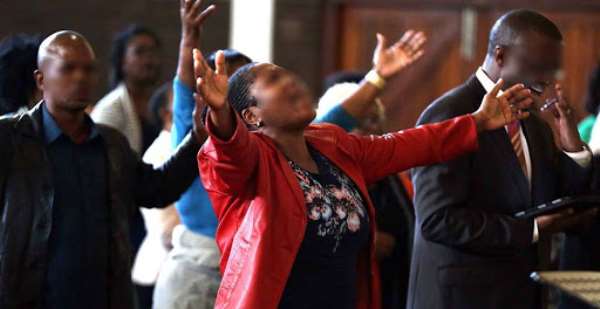 Many churches have admitted that their coffers have been adversely affected by the ban on religious gatherings as directed by the government and aimed at curbing the spread of the coronavirus disease (COVID-19) in the country.

Since the ban came into force on March 14, many churches have used various means to get their congregations to send in their offerings and tithes, while the churches also use social media to reach them with messages and homilies.

However, a number of churches have admitted that asking people to send in the offerings has not been effective, as yields from offering are dwindling.

Many churches with whom the Daily Graphic spoke in Kumasi and Accra indicated that digital offerings were yet to catch up with their congregants.

For the second week running, churches continued to display MoMo numbers on television screens and Facebook as they shared the Word of God for offerings, seed sowing and tithes, but, according to them, it was work in progress.

“The inflows (offerings) have been disappointing,” an anonymous pastor disclosed to the Daily Graphic in Kumasi.

None of the churches the Daily Graphic spoke with was willing to state how much it received by way of offering before the ban, as against what it received now.

The general thread that ran through their conversation was the lamentation that offerings had dwindled.

While he was not ready to indicate how much had come through mobile money since the ban, one pastor said:” Nothing much to talk about. For now, it has not been effective, but we are not giving up and will find other means of reaching the faithful to still give to support God’s work, as that has not been banned.”

The local pastor of a well-known charismatic church in Kumasi who wanted to remain anonymous told Daily Graphic: "Here at the local level, offerings are virtually non-existent because we all follow the service on TV from the headquarters in Accra, with a number being displayed for offering to be made."

"I am unable to say how much is received, compared with the traditional church service, but, definitely, it will not be the same. Some church members believe it's a holiday to give to God. It is more of an offering holiday, if there is anything like that," he said.

"A few, though, have been faithful here at the local level. We have received a few tithes and one or two offerings, but generally it's been disappointing," he added.

He reckoned that what is going on being a new development, it would take a while for members to adjust to the situation.

God’s work must go on

The story was no different at a well-established apostolic church, also in Kumasi, where the Head Pastor corroborated what others had said.

"Everything is down; we hardly receive anything. But we are encouraged to preach the message of salvation, no matter what," he said.

He said if it had to do with offerings alone, services would have been truncated.

The pastor said much as it took money to bring the message of God to homes, the church could not force people to give.

“Irrespective of whether people give or not, God’s Word must be shared. His work must go on. It takes faith and belief in His Word to honour Him. This is a test for true Christians," he added.

Focus not on offering

At the St Cyprian Anglican Church at Fante Newtown, the Head of the Media Committee, who is also in charge of the Facebook live streaming, Mr Samuel Ampadu-Kyei, gave a totally different account.

"We have not displayed any number for offering since last week. Our focus is not on the offering; our main aim for now is how to win souls for Christ and intercede for the nation in this difficult moment," he said.

He said with that background, it would be difficult to do a comparative analysis, since no offering had been collected since President Nana Addo Dankwa Akufo-Addo's directive.

A number of operatives of the orthodox churches, such as the Roman Catholic, the Presbyterian Church of Ghana and the Methodist Church, with whom the Daily Graphic spoke said most of their members knew their Christian duty and had found means to send their offerings, while some had begun sending in their tithes.

“Many of our members are doing well with their offerings. We are in Lent and the three pillars of Lent are fasting, praying and giving, so a number of them are carrying out these duties.

“Naturally, what comes in is not the same as what may have been realised if there were regular services. Nothing is coming in from the Children and the Youth ministries and other services such as midweek and Friday services.

“A number of people have also started paying their tithes,” a session member of a Presbyterian Church branch said.

Anti-gay bill : Tell foreign missions if they provoke us we'...
25 minutes ago