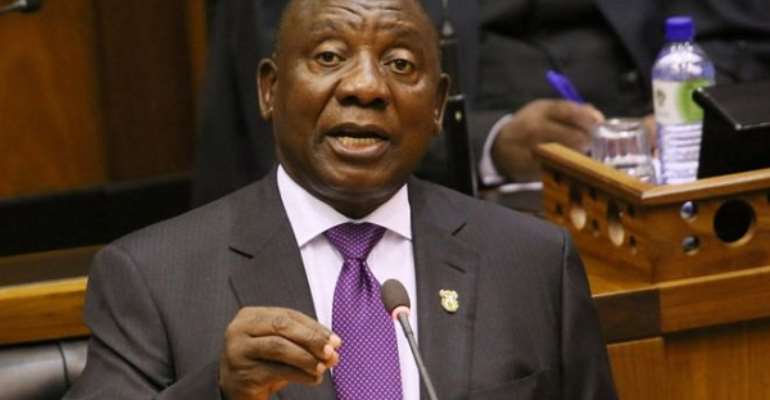 The African Union (AU) Commission has agreed to establish a continental Anti-COVID-19 Fund with seed funding of $12.5 million to provide a continental coordinated response to the virus.

The decision was arrived at following a teleconference held by the Bureau of the AU Heads of State and governments on the COVID-19 on March 26, 2020 to develop a coordinated African response to curb and reverse the spread of the virus in Africa.

A communique issued and signed by the President of the AU, President Cyril Ramaphosa, a copy of which has been made available to the Daily Graphic, said a continental coordinated response was more important now than ever before in order to arrest the rapid spread of the COVID-19 pandemic.

It said the spread of the COVID-19 had stretched public health systems beyond limits and caused an enormous global economic, social and humanitarian meltdown.

Coordinating efforts
The AU Centre of Disease Control (CDC) had recommended the setting up of the Anti-COVID-19 Fund following what it described as an anticipated shortage of medicines and vaccines as factories were closing down in many countries on the continent and others were retaining supplies for their own consumption.

The CDC, headed by Dr John Nkengasong, the communique said, had told the Bureau of Heads of State that the rapid spread of the COVID-19 was an unprecedented public health disaster.

The bureau, thus, underscored the vital importance of coordinating efforts to increase global production and improve the availability of medical products and equipment.

The Chairperson of the AU Commission, Mr Moussa Faki Mahamat, and Dr Nkengasong, also participated in the meeting.

President Ramaphosa, in the communique, underscored the fact that poverty, poor sanitation, an existing disease burden, overstretched health systems and extreme urban population density on the continent meant that the pandemic could explode in an even more catastrophic way than had been seen thus far in Africa, hence the need for urgent action in order to stem the tide.

“The AU, Regional Economic Communities (RECs) and all health institutions should direct their efforts at stopping the spread of the virus,” President Ramaphosa stressed.

Mobilisation
The CDC, the communique noted, was severely under-funded, and thus called on African Union member states, the international community and philanthropic entities to contribute to the fund.

“In this regard, member states of the bureau agreed to contribute an amount of $4.5 million towards boosting the capacity of the CDC,” the communique highlighted.

It emphasised that given the limited health infrastructure in Africa and the reality that most of the pharmaceuticals and medical supplies consumed on the continent were imported, the bureau called on the international community to encourage open trade corridors, especially for pharmaceuticals and other health supplies.

Additionally, the bureau, the communique pointed out, was urging the G20 countries to provide an effective economic stimulus package that included relief and deferred payments.

The bureau has also called for the waiver of all interest payments on bilateral and multilateral debt, and the possible extension of the waiver to the medium term in order to provide immediate fiscal space and liquidity to governments.

It also urged the World Bank, International Monetary Fund (IMF), African Development Bank (AfDB) and other regional institutions to use all the instruments available in their arsenal to help mitigate against the scourge and provide relief to vital sectors of African economies and communities.

While commending the efforts of the Committee of African Health Ministers in rallying support to curb further spread, the bureau paid tribute to the courageous efforts of all medical and healthcare officials on the continent engaged in combating the COVID-19 pandemic.

“The bureau urges all citizens of Africa to abide by national measures implemented to curb the spread of the COVID-19 virus,” the communique emphasised.