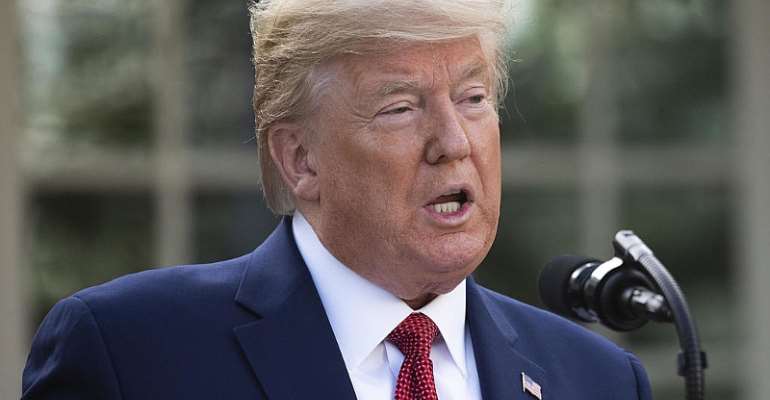 US President Donald Trump has extended social distancing guidelines until the end of April after public health experts warned that the final death toll from the coronavirus pandemic could be far higher than previously thought.

Just a week ago, Trump tweeted: “We cannot let the cure be worse than the problem itself” and that the country will be “opened up” by mid-April.

On Sunday evening, he backpedalled and said that federal guidelines over Covid-19, such as social distancing, will stay in place until at least 30 April.

The latest figures early Monday show that the United States has more than 140,000 confirmed cases of Covid-19, the most any country has registered. Nearly 2,500 deaths had been recorded with over 1,000 in New York.

Dr Anthony Fauci, a member of the White House coronavirus task force, told CNN on Sunday, that the US is looking at “100 to 200 thousand deaths” but said he does not want to be held to that.

As the number of coronavirus deaths in the US doubled to more than 2,000 in just two days, Trump declared that if the death toll could be restricted to less than 100,000 “we all together [would] have done a very job”.

Trump said that 100,000 people are being tested daily for Covid-19 and “rapid-testing” had been approved which could get “get almost instantaneous results instead of waiting for a day, two days, three days to get it from labs and hospitals”.

The president has accused hospitals in some states of hoarding ventilators, face masks and other critical medical supplies.

Health professionals voiced their concerns over upcoming shortages of medical supplies, including ventilators.

New York mayor, Bill de Blasio, said that his city has enough supplies to only last a week.

New York has implemented stay-at-home orders for its resident in order to contain the spread of Covid-19.