Moi's legacy in higher education: he opened up universities to excluded Kenyans

By Michael Mwenda Kithinji - The Conversation 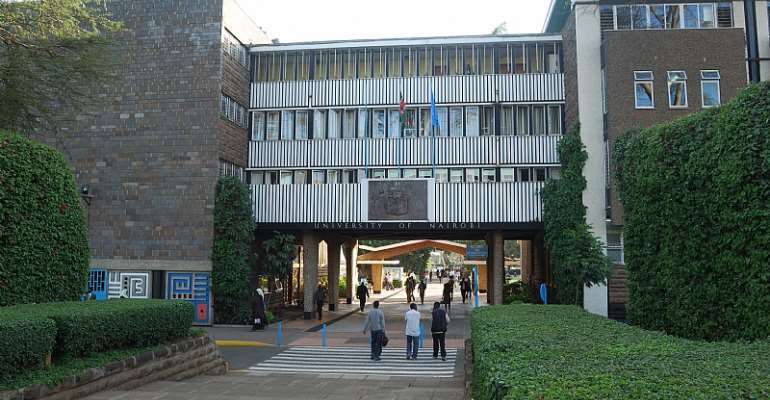 The contested legacy of the late Daniel arap Moi, Kenya's former president, will preoccupy historians and other scholars for years to come. While some have focused on Moi's authoritarianism , it is also important to explore the specific policy choices he pursued, to better understand his rule. One of Moi's enduring policy imprints is in education, especially at the university level.

Read more: Moi and the media: how Kenyan journalism suffered under his iron heel

On taking office in August 1978, Moi soon made education reform a centrepiece of his administration .

As I have argued in my recent book, The State and the University Experience in East Africa: Colonial Foundations and Postcolonial Transformations in Kenya , Moi's education reforms aimed at addressing ethnic disparities in university access. This he saw as a means to shore up his support among the marginalised communities.

He did this by expanding universities, a clear departure from the previous era policies of restricted access . This had limited the size and the scope of the national elite class, with marginalised communities most affected.

Moi laid out his vision for university expansion just a few months into his rule when he presided over the November 1978 graduation ceremony at the University of Nairobi, then Kenya's only public university. The following year at the same institution, he announced plans for a second university to

“open new horizons of opportunity for those who would otherwise be deprived.”

This clearly showed that he intended to engineer a social transformation by providing opportunities to excluded groups.

Moi became intimately involved in the affairs of the University of Nairobi. He ordered the construction of new facilities and insisted on admission policies being relaxed. Moi's intrusion riled some bureaucrats at the Ministry of Higher Education. In one 1980 memo I saw, an official expressed concern that the modest increase in enrolment was causing the university to “burst on the seams in almost all the buildings.”

In January 1981, Moi put together a task force on the second university led by Colin Mackay, a Canadian educator. Its recommendations later that year marked a turning point in Kenya's education history. As widely expected, the Mackay Commission recommended the establishment of a second university.

The commission didn't confine itself to the narrow mandate of a second university. It also recommended a complete overhaul of the education system. The commission proposed a move from the 7-4-2-3 system (years of primary, lower secondary, upper secondary and university) to 8-4-4. This increased primary school years from seven to eight, eliminated the two years of Advanced Level in high school, and increased university years from three to four.

The new education system advanced Moi's university expansion goals because it eliminated two years of high schooling. Under the previous system, students had to pass three competitive national examinations to qualify for university admission. With the elimination of the A-levels, more students could compete after only four years of high school education.

This increased pressure for university expansion. In its 1983 internal report, the Nairobi university grants committee expressed concern that in 1990, when the first cohort of the new system was expected to sit for the end of high school examination,

“over 200,000 candidates will be competing for university places compared with the present 17,000.”

Moi did not worry about the looming enrolment cataclysm. If anything, the enrolment pressure provided him with the justification to vigorously pursue the university expansion programme.

The government enacted the Mackay recommendations by establishing the Moi University in 1984. The personal stake he had in the new institution was clear from its name, as well as the fact that it was located in Eldoret, his home region.

But Moi wanted his transformation drive to go further. Even before setting up Moi University, he was considering additional universities. On his orders, a committee was set up to upgrade Egerton Agricultural College in 1983.

In 1987, Egerton college became a fully fledged university. Within a short span between 1984 and 1987, Kenyan universities had increased from one to four. Jomo Kenyatta University of Agriculture and Technology followed in 1994 and Maseno University in 2001.

As the universities expanded, so did student enrolment. The numbers rose from about 7,000 in 1978 to 60,000 by the time Moi retired in 2002. But the expansion demanded enormous investment of resources that Kenya lacked. Consequently, universities experienced deterioration of facilities, overcrowding and falling academic standards.

Kenya was forced to ask for help from the World Bank, which demanded cost-sharing measures as part of the terms of the loans provided.

Parallel to this, Moi was directly involved in growing high school education. This was mostly in his home province of the Rift Valley, which suffered from historical education exclusion. Within a few years, a growing number of students from the region were competing for university admission.

Moi rewarded the newly educated elites from his home region with jobs in the civil service as a means to consolidate his rule. His programme was therefore central in reconfiguring the political and economic dynamics of Kenya.

Michael Mwenda Kithinji does not work for, consult, own shares in or receive funding from any company or organisation that would benefit from this article, and has disclosed no relevant affiliations beyond their academic appointment.