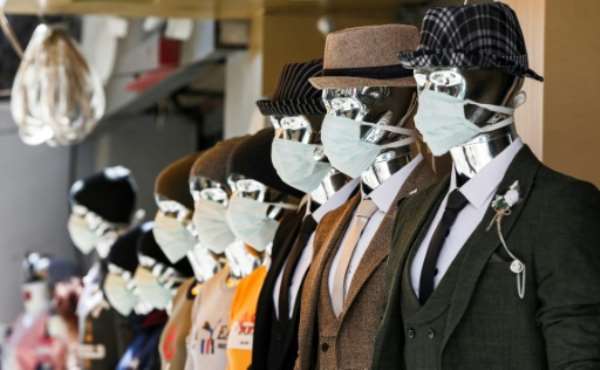 OUR Government deserves the greatest credit for not allowing extraneous considerations to influence its approach to the COVID-19 outbreak.

“You may not enter Ghana, unless....” And the criteria of eligibility were clearly stated: A Ghanaian; a foreigner residing in Ghana with a resident's permit. End of story.

I read on the Internet, the moving testimony of a lady who was quarantined at the former Novotel Hotel in Accra. Although her account was anonymous, it ran true. And every word of it was complimentary to the Ghanaian immigration officials who, despite the pressure, were courteous to her. So were the hotel staff.

Yes – the disease is a terrible disaster which has been thrown around the necks of humankind.

No-one knows exactly what attitude to adopt to it. If out of humanitarian concerns, we adopt a softly-softly approach, we shall be exposing those not alrready afflicted with it, to a monstrous pestilence. And that would be inhuman!

I appreciate the deft manner in which our President, Nana Addo Dankwa Akufo-Addo, has summoned the spirit of national unity to assist us in trying to find ways of combating the frightful COVID-19. He brought the heads of the churches together to meet with him, not as individuals but as recognised agents of attitude formation, who could influence thousands of people to help the Government's public health programme aimed at combatting the disease. If they became antagonistic, they could, of course, obstruct the programme.

And just as the more cynical analysts were framing charges to the effect that Akufo-Addo had turned Ghana into a “Christian nation” by force, he confounded them by getting Vice-President Mahamudu Bawumia to host a Governmental prayer session, with the leaders of our Islamic community, in the same Jubilee House venue where the Christian exercise had taken place.

Now, we can ditch any religious bickering and, united in attitude, move forward to the next stages of the battle. In that, we should be guided by the experience of China and South Korea (the two countries that, at the initial stages, seemed to be on the way to apocalyptic-sized death rates). They have, both, marvellously used science, common sense and social discipline to say goodbye, more or less, to the abomination.

Now, one effective thing both countries did was to test, test and test. The slightest symptom and – one was tested. One was put into quarantine whilst the results were awaited. If the tests revealed that one had been infected, hospitals equipped with life-saving devices, were ready to admit one for treatment.

All the while, the doctors and nurses who were testing one or providing one with treatment, were properly encased in “Personal Protection Equipment” [PPE] to prevent them from getting the disease from the patients they were trying to save.

This is the second time that PPE has recently demonstrated its usefulness for all to see.

During the Ebola epidemic a few years ago, PPE managed to save thousands of lives.

Unfortunately, the world didn't quite learn the lesson of its effectiveness against unexpected but dangerous, contagious diseases.

For if the Ebola lesson had been properly absorbed, countries like the UK, Italy, Spain and now, the USA, wouldn't be floundering around, accused by their front-line health professionals, of sending them unequipped to fight the disease -- “like lambs to the slaughter” (as one doctors' representative put it.

Isn't it a shame that out of a desire to cut the National Health Service of Great Britain down to a size that would please ideologists, the Government of Britain has been unable to reciprocate the good faith of its dedicated professionals and has -- as they risked their lives to save those of their fellow-citizens -- been unable to play its full part in safeguarding the lives of the health professionals?

Well, the way forward for Ghana, whatever may be the colour of its government at any one time, should be: (In the words of the Boy Scouts Movement!) Be Prepared.

Buy plenty of important drugs, PPE and other materials needed to safeguard public health in an emergency. Store it efficiently. You never know when you may need it.

Build dual-purpose hospitals – that is, institutions that can be converted to emergency use at a moment's notice. The last time I visited the Korle Bu Hospital and the Accra Regional Hospital, it was apparent to me that neither hospital could quite cope with its ordinary admissions intake of patients, let alone double as an emergency hospital, should we ever be put in a position to need one very quickly. Yet we have had emergencies – remember the way some petrol stations caught fire after floods, not too long ago?

I think steps should be taken immediately to increase the number of the admission wards, and, of course, more dedicated emergency units should also be constructed.

Additionally, as the President remarked when he met the leaders of the Ghana Trades Union movement, we should establish factories for the manufacturing of equipment that is difficult to come by when an emergency occurs in the places that normally manufacture such things to sell to us.

As regards the behaviour of the public, during an emergency, or even a “LOCKDOWN”, we should have begun forming neighbourhood associations and practising in them, community action. Such action should include the regular cleaning of our neighbourhoods (say, in the way our villagers used to clean their public latrines once a week).

Neighbourhood security should also be organised by professional security experts. Of curse, we should guard against vcigilantism, but that doesn't mean we must abandon self-protection at a dangerous time.

If we take such steps now, then when an emergency arises, we won't be left flat on our feet.

Right now, in anticipation of the impending “lockdown”, our transportation systems are in danger of breaking down; which means food may soon be in short supply; which means that we might be fighting one another for supplies of essential commodities. (Just as we used to do in the abominable 1970s and 1980s.)