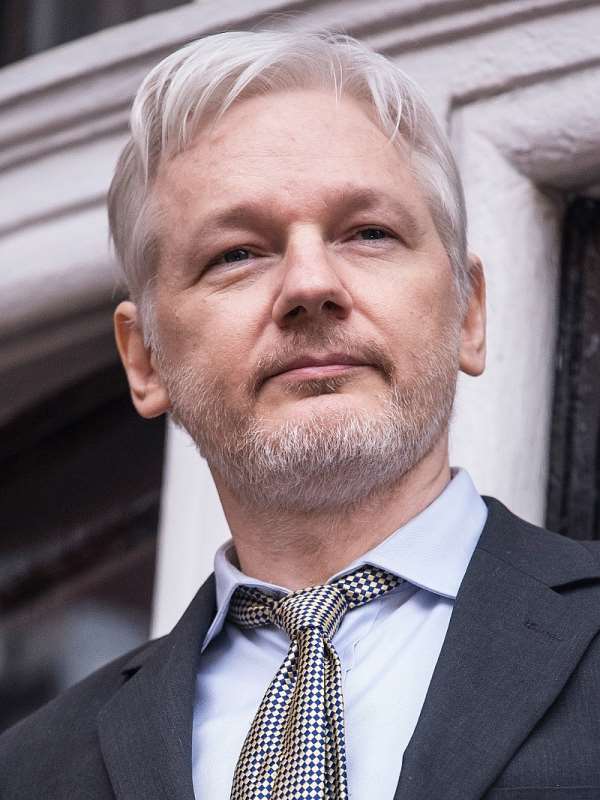 “To expose another human being to serious illness, and to the threat of losing their life, is grotesque and quite unnecessary. This is not justice, it is a barbaric decision.”

Social distancing is not a word that seems to have reached certain parts of the British legal system. Granted, it is an odd one, best refashioned as an anti-social act for the sake of preservation. Marooned in some state of legal obliviousness, District Judge Vanessa Baraitser had little time for the bail application made by counsel for Julian Assange. The WikiLeaks publisher had again rubbed the judicial person the wrong way. Her memory was not unfazed: Assange had absconded in 2012 and had blotted his copy book. He would not be permitted to it again.

Not that the application was unsound. The central ground was the safety of the publisher, whose health has been assailed by seven years of confinement in the Ecuadorean embassy in London, followed by his incarceration at the high security facility at Belmarsh. Prisons, featuring high concentrations of people, have become fertile grounds for spreading COVID-19. The March 17 report by Richard Coker, Professor of Public Health at the London School of Hygiene and Tropical Medicine, cautioned on how the transmission of the virus in “congregate settings” typified by “poor sanitation, poor ventilation, and overcrowding” could lead to overwhelming “a population, particularly a population with co-morbidities or that is elderly.” Coker was unequivocal in recommending that unnecessary detention regimes should be eased. “This should be done before the virus has chance to enter a detention centre.”

Representatives of the UK penal system have shown varying degrees of concern. There have even been calls for early release or means by which prison is avoided as a form of punishment altogether. The UK Prison Officers’ Association (POA) has urged Prime Minister Boris Johnson to intervene executively to reduce numbers. The head of the Prison Governors Association Andrea Albutt has warned about the dangers posed by current detention arrangements. “We’ve lots of prisoners, two people in a cell built for one”, citing Swansea as an example where 80 percent of prisoners were doubled up. “We have that all across the country.” Far better, she suggested, to reduce the population. Such a measure “helps stabilise prisons”, “calm prisoners”, and reduce the staff to prisoner ratio. “If we have less prisoners doubled [up in cells], it will be easier to isolate those who’ve been confirmed as having the virus or have the symptoms so we can delay the spread.”

Those standing by current UK prison guidelines remain defiantly confident that enough is being done. The Ministry of Justice is convinced that “robust contingency plans” have been put in place prioritising “the safety of staff, prisoners and visitors.” Procedures dealing with managing “the outbreak of infectious diseases and prisons” were already in place, and were being used to identify COVID-19 cases. Sanitising facilities such as hand washing “are available to prisoners, staff and visitors and we have worked closely with suppliers to ensure the supply of soap and cleaning materials.”

The ministry remains unclear on how the principle of social distancing, one seemingly anathema to the penal system, has been applied. For her part, the UN High Commissioner for Human Rights, Michelle Bachelet, considers such measures in crowded, unhygienic facilities “practically impossible”. Undeterred by such observations, the MOJ merely refers to a temporary suspension of “the usual regime”, meaning that “prisoners can no longer take part in usual recreational activities such as using the gym, going to worship or visiting the library.” Nor can prisoners receive visits. Such measures are bound to cause ripples of dissatisfaction.

Not much of this impressed the judicial consciousness. Assange’s legal team were valiant in their efforts to state the obvious. These were proceedings taking place on the third day of the country’s coronavirus lockdown. Edward Fitzgerald QC, sporting a facemask, insisted that, “These [medical] experts consider that he is particularly at risk of developing coronavirus and, if he does, that it develops into very severe complications for him… If he does develop critical symptoms it would be very doubtful that Belmarsh would be able to cope with his condition.” Prisons were “epidemiological pumps”, fertile grounds for the transmission of disease, and Assange’s continued detention posed endangering circumstances “from which he cannot escape.”

Baraitser remained unconvinced. She was satisfied that there were no instances of COVID-19 at Belmarsh, a very cavalier assessment given that a hundred staff personnel were in self-isolation. She was more moved by the submission from Clair Dobbin, representing the US government, that Assange posed a high risk of absconding. Granting bail to him posed “insurmountable hurdles”. Fitzgerald’s response, to no avail, was to focus the matter on Assange’s survival, not absconsion.

Judge Baraitser has shown a certain meanness through these case management and extradition proceedings. In the Wednesday hearing at the Westminster Magistrate’s Court, things had not improved. “As matters stand today, this global pandemic does not as of itself provide grounds for Mr Assange’s release.” These were words uttered on the same day that 19 prisoners in 10 prisons in the UK had tested positive for COVID-19.

The ruling angered Doctors for Assange, comprising a list of some 200 physicians scattered across the globe. “Despite our prior unequivocal statement that Mr Assange is at increased risk of serious illness and death were he to contract coronavirus and the evidence of medical experts,” their March 27 statement reads, “Baraitser dismissed the risk, citing UK guidelines for prisons in responding to the global pandemic.” The group cited Baraister’s own solemn words deferring to the wisdom of the UK prison authorities. “I have no reason not to trust this advice as both evidence-based and reliable and appropriate.”

The medical practitioners took firm issue with the steadfast refusal of the judge to accept the medical side of the equation. Not only was he at “increased risk of contracting and dying from the novel disease coronavirus (COVID-19)”, declared a pandemic by the World Health Organization, he was also more vulnerable because of the torments of psychological torture and a “history of medical neglect … fragile health, and chronic lung disease.”

The pattern of rejection and denial has been a consistent feature in Baraitser’s rulings regarding Assange’s case. When his legal team sought to liberate their client from the glass case in court for reasons of advice and consultation, the judge refused. She even refused to accept the reasoning of the prosecutor James Lewis QC, who suggested that letting Assange sit with his legal team was an uncomplicated matter. Her reasoning: To let Assange leave his glassed perch would be, effectively, an application for bail and mean he had escaped the court’s custody. True to form on Wednesday, Assange, present via videolink, had his connection terminated after an hour. This prevented him from hearing the defence summation and the concluding remarks of the judge. The despoiling of justice, even in the face of a pandemic, remains an unwavering aspect of Assange’s fate.