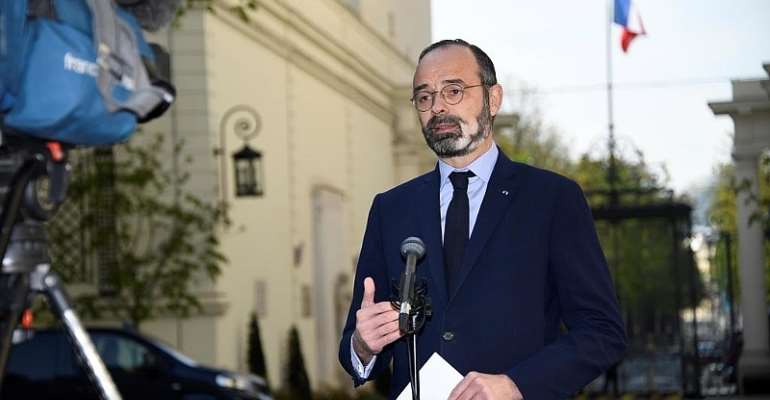 The French Prime Minister has announced a 15-day extension of the lockdown period following a surge in new coronavirus infections. Édouard Philippe warned that France was in store for a "most difficult, tense and brutal period", but promised the government would be entirely transparent during the crisis.

The extension came as France reported another 299 deaths from the virus, bringing its total toll to 1,995, with officials warning it was too early to expect any effect from the lockdown.

"We find ourselves in a crisis that will last, in a health situation that will not improve any time soon," Philippe said.

"The situation will be difficult in the days to come," he added, as he announced the extension of the stay-at-home order by another two weeks to 15 April.

"Obviously this period will be extended again if conditions require it," said Philippe.

Stay at home
Having started in the country's east, the epidemic is now spreading in the northernmost Hautes-de-France, the wider Paris region and other areas with "an extremely high surge that puts the entire healthcare system, the entire hospital system, under enormous pressure," Philippe said after a cabinet meeting held by videoconference.

On Thursday, the government used a high-speed TGV train to evacuate 20 patients from the Alsace region bordering Germany and Switzerland to help relieve overstretched facilities there.

Another 48 patients will be evacuated from the east over the weekend.

The Ile-de-France region around Paris is increasingly under strain, with 1,300 of its 1,500 intensive care beds reserved for coronavirus patients already occupied.

"We are filling the space to the maximum to accommodate as many intensive care patients as possible," said Bruno Riou, medical director at the AP-HP hospital group that serves the Paris region.

"We have not yet reached the peak of the epidemic, we will have to find solutions," he told France Inter, suggesting evacuations may be needed to bring patients from Paris to hospitals in less-affected regions.

Philippe said Friday that lockdown measures were generally well respected, but those in violation "will be severely punished as this concerns the health of all of us and, especially, the most fragile."

The latest toll of 299 new deaths, while severe, is lower than the 365 new deaths reported on Thursday.

Top French health official Jerome Salomon told reporters that 32,964 people had tested positive for the virus so far in France, although the real number of cases is likely far higher as testing was reserved for high-risk patients.

The toll in France does not include those who died at home or at retirement homes but Salomon said this data would be announced on a daily basis from Monday.

As of now, 3,787 patients were in intensive care out of a total of 15,732 people hospitalised in France after becoming infected with the coronavirus, he said.

Among the recent deaths was that of a 16-year-old girl, France's youngest coronavirus victim to date.

Salomon said that the data in the next days would show if the lockdown "is beginning to make itself felt in the number of those sick", noting that the average incubation period for the virus was around a week.