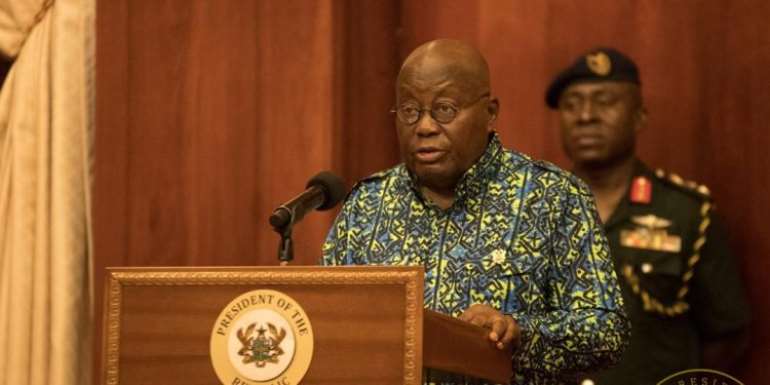 President Akufo-Addo has reiterated the need for the general public to comply with the ban on all public gatherings in the wake of the outbreak of COVID-19 in the country.

The President, in a national address on Sunday [March 15, 2020], banned all public gatherings including conferences, workshops, funerals, festivals, political rallies, church activities and other related events as part of measures to stop the spread of coronavirus in the country.

This directive was to be observed for four weeks.

Following his order, most of the stated institutions have complied. Churches, schools, and some business have suspended all their activities.

A few people, however, have disobeyed, leading to the arrest of a pastor for instance who on two occasions organised church services.

But President Nana Akufo-Addo, in a national address delivered on Friday, March 27, 2020 gave a stern repetition of the ban in place, assuring that public that anyone who goes contrary to the law will be “dealt with fully”.

“Let me also reiterate that the ban on public gatherings, religious or social, is still in force. Anyone, irrespective of status, religion or ethnicity, who is found to be flouting them will be dealt with fully in accordance with law. The security services have been clothed with the necessary power to enforce these measures, and I assure you that they will do so responsibly, but without fear or favour, ill-will or malice.”

President Nana Akufo-Addo has imposed a two-week partial lockdown on Accra, Tema, Kasoa and Kumasi from Monday, March 30, 2020, 1 am.

These cities, which have been identified as the epicentres of the novel coronavirus in Ghana have been shut down as part of efforts to curb the spread of the disease.

President Nana Akufo-Addo, in the national address, stated that “effective 1 am on Monday, 30th March, some forty-eight hours from now, I have imposed, pursuant to the powers granted the President of the Republic, under the Imposition of Restrictions Act, 2020 (Act 1012), restrictions on movement of persons in the Greater Accra Metropolitan Area (GAMA, which includes Awutu Senya East), and the Greater Kumasi Metropolitan Area and contiguous districts, for a period of two (2) weeks, subject to review.”

He said the decision “will give us the opportunity to try to halt the spread of the virus, and scale-up effectively contact tracing of persons who have come into contact with infected persons, test them for the virus, and, if necessary, quarantine and isolate them for treatment, should they prove to have the virus.”

He, however, made exemptions to this directive.

Some essential service providers such as food vendors, fuel station attendants, railway and construction workers, and the Executive will not be forced to lock down.

Those Losing Port Management Contracts Are Simply Fighting U...
8 minutes ago