Victimization Of Ghanaian Investors Slows Down Our Development 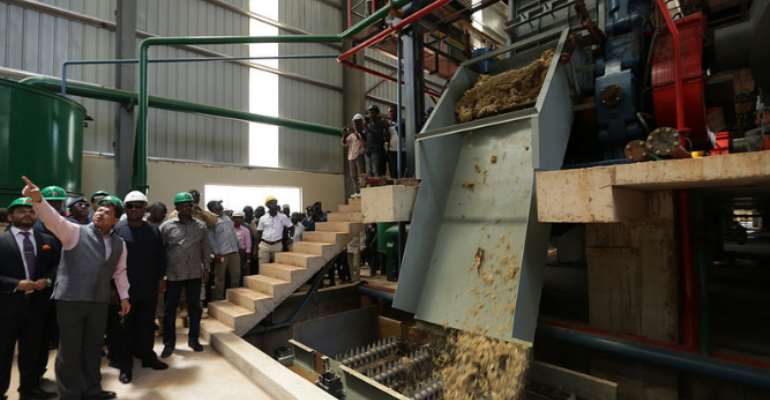 We are our own enemies. Ghanaians must be encouraged by the Government to help in Ghana's development. All hands must be on deck. The government must play its role. Entrepreneurs and businessmen are also playing a major role in stepping up development in Ghana.

Sadly enough frustrations and governmental interventions have been very worrisome to many Ghanaian investors. On the other hand, foreign investors are welcome and encouraged to invest even though it is clear that they repatriate their profits to their own countries and they are less likely to support or sponsor any event, activity or program in Ghana. Yet they are considered, preferred and pampered more than Ghanaian investors and businessmen.

Some businesses in Ghana have suffered under certain governments, simply because the directors of certain companies do not belong to the party in power.

In the 80s during the rule of Jerry John Rawlings, a lot of businesses sprang up. Distinct among them was a supermarket chain called A-Life. The owner and director of the company, a Kumasi-born, was the cogwheel around which the company revolved. He sowed a seed that helped the company to germinate, grow and spread. He had branches in Accra, Obuasi and Sunyani with the main branch in Kumasi.

It was widely known that he was a supporter of the Busia-Danuah tradition. At a point in time, he decided to spread the company's tentacles and establish more branches in different places in Ghana. He, therefore, applied for a huge loan from a bank whose name I don't want to disclose. Due to his credibility, the loan was granted.

In appreciation, he bought a brand new car for the bank manageress. The issue reached the Central bank and President Rawlings. Rawlings took it personal probably because the director was an NPP supporter. The director was accused for bribing the manageress to receive a huge loan. He was ordered to return the loan to the bank. This marked the genesis of A-Life's downfall. It could never stand on its feet again.

Mr. Joshua Kwame Siaw, an industrialist and a philanthropist, was born in January 1923 at Obomeng. He established Tata Breweries Ltd. in 1969. The major production was beer. He later merged his company with Guinness Ghana Ltd. Due to certain problems beyond his control, he left the Guinness company and still founded another brewery which he named Achimota Breweries Company Ltd. Notably, he was the first African to establish the largest and wholly African-owned brewery in 1973.

Sadly enough and for no tangible reason, all his assets were confiscated by Rawlings'AFRC regime. The military regime falsely accused him of tax evasion. He was completely shocked and this attitude of cheating, wickedness and the cruel manner they destroyed Ghanaian businessmen and patriotic investors sent him to an early grave. He died in exile in London in 1986.

Despite all these, victimizations continued. B.A Mensah was a businessman and an industrialist. He was the owner and director of a cigarette manufacturing company which was first registered as Pioneer Tobacco Company Ltd. Since he supplied cigarettes to many countries in West Africa, he changed the name to International Tobacco Company Ltd. The former Kumasi Asante Kotoko boss, Herbert Mensah, is the son of Mr. B.A Mensah. The renowned industrialist B. A. Mensah suffered a similar fate. For no apparent reason, the company which was his dream child was confiscated by the erstwhile PNDC. He died on Friday, 13th March 2013.

Appiah Menka was a leading soap manufacturer resident in Kumasi, a plantation owner, and a respected businessman. The company was large and successful, producing Apino soap. The company employed about 500 people. In June 1993, Rawlings admonished his supporters and all Ghanaians to boycott Apino soap and all other products manufactured by his company. No reason was given but many believed because he was Akan and a strong member of NPP.

This occurred on June 4th, 1993 when Rawlings in his speech attacked Appiah Menkah and urged his supporters and Ghanaians alike to boycott his products. Despite the attacks, he continued producing the soap because there is no law in Ghana that prohibits the production and sale of soap and other products.

Rawlings’ hatred and victimization of Ghanaian investors were not carried on by succeeding governments. It is important to encourage Ghanaian businessmen no matter what shade of opinion one has or the political party one belongs to. A fast development is all we need for Ghana.