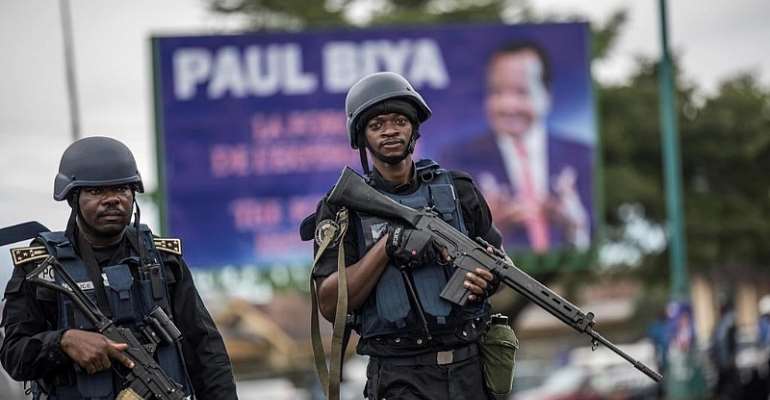 Armed separatist groups in Cameroon's North-west and South-west regions have failed to unanimously declare a ceasefire in the face of the spreading coronavirus outbreak, despite a call from the UN to stop conflict and concentrate on fighting the Covid-19 pandemic. Neither has Cameroon's military responded to the UN chief's calls for a global ceasefire “to help create corridors for life-saving aid”.

“There shall not be a unilateral ceasefire in the Ambazonia war of independence because of Covid-19 pandemic," said a statement on Friday by the Ambazonia Governing Council, one of the English-speaking separatist groups to have self-declared independence.

“To permit such unilateral action will be to provide Cameroon unhindered access to everywhere in our towns and villages,” added the communique signed by Julius Nyiawung, vice president of the Ambazonia Governing Council.

The Ambazonia Governing Council controls the Ambazonia Defense Forces, one of the largest armed groups waging an insurgency against the Cameroonian military.

“We will continue to work with and provide humanitarian corridors with the international organisations on the ground that that have been vetted by us,” Nyiawung told RFI by telephone.

The Southern Cameroons Defense Force (Socadef) had declared a ceasefire, saying how "the people of Ambazonia are ill-prepared to face a major pandemic." A statement said Socadef would stop fighting on Sunday for 14 days while maintaining "combat readiness".

The move was welcomed by Stephane Dujarric, spokesperson for the UN Secretary General Antonio Guterres, saying that the UN chief "calls on other armed groups to do the same thing".

Cameroonian authorities are yet to respond to the UN's call for a ceasefire. RFI has requested comment from Cameroon's army spokesperson, but has not received any response.

Both separatist groups and Cameroon's military have been accused of killing civilians and committing rights abuses during the Anglophone crisis.

Two people have died from the coronavirus in Cameroon with 88 confirmed cases, according to the country's state broadcaster.