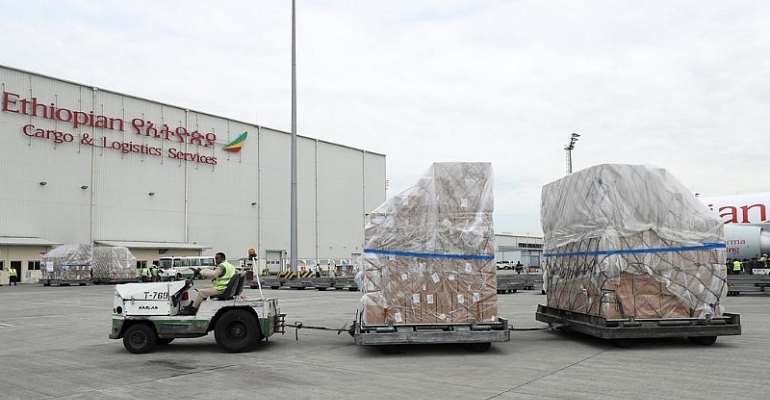 As the coronavirus continues its global spread far beyond the outbreak epicentre of Hubei province, thousands of factories in China have turned to a new and very profitable export market: face masks.

With the shift of the Covid-19 epicentre from China via Europe to the United States, Beijing has re-modelled itself as the world's saviour as local infection figures decline to almost zero.

With 85,612 confirmed cases, the US now tops the list of most-affected countries, with China second, with only 55 new cases, all except one coming from outside the country. As a result, China has now closed its borders to all incoming foreigners.

Out of face masks
With infection rates increasing worldwide, demand for face masks has soared.

Pharmacies in many countries were completely out of face masks by the end of January.

Some governments, like the French, have insisted that wearing face masks is not absolutely necessary, prioritising the supply of protective equipment to medical personnel dealing directly with coronavirus patients.

But the panicked public kept on demanding masks, and Chinese manufacturers jumped in.

China has sent millions of masks to its European Belt and Road Initiative partners, the Czech Republic and Italy, followed by Serbia, and later also to France and other regions hit by the virus.

And China's top 5G provider and telecom giant, Huawei, under attack by the US, accused of cooperating with Beijing's government, has offered to donate large amounts of personal protection equipment to Ireland.

Huge gap in demand
Other manufactures have jumped on the face mask bandwagon.

In the first two months of the year, no fewer than 8,950 new manufacturers started producing masks in China, according to business data platform Tianyancha.

Most sought after are the “N95” masks. The “N” in the name is derived from the National Institute for Occupational Safety and Health”, while “95” stands for the ability of the mask to filter out 95 percent of particles that are 0.3 mµ in diameter – that an average virus measures only 0,1 mµ and can therefore find its way through even the fine filter of an N95 mask does not seem to deter customers.

While bringing profit to China's entrepreneurs, providing masks to Covid-19-hit regions around the world also helps Beijing to erase the bad image it had since the outbreak of the virus.

Since January, China and the US have been engaged in an increasingly nasty war of words. US President Donald Trump has continued to refer to Covid-19 as a “Chinese” or “foreign” virus and US diplomats have reproached Beijing's “lack of transparency,” blaming the Chinese authorities for “hiding the facts” until it was too late to prevent the global spread of the virus.

Beijing hit back, claiming that the virus, in fact, originated in the United States, and maintaining that China now has the expertise to help other countries survive the pandemic.