Coronavirus shakes up politicians across Africa 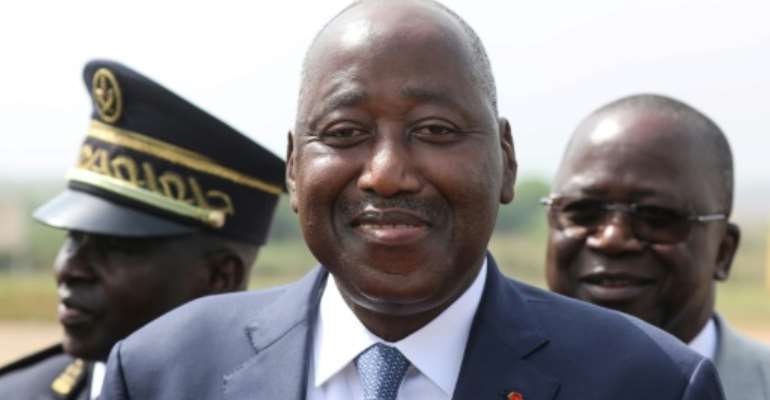 With Botswana's head of state and Ivory Coast's prime minister in self-quarantine and many government ministers infected across the continent, African politicians have suddenly found themselves on the coronavirus front line.

Their plight has triggered little sympathy on social media, where many note that in Africa, disease is typically a problem for the poor, not the wealthy and influential.

"People who travel or are in contact with such people are the most affected -- in the early days, in any case. In Africa, that means politicians."

"Nobody is spared by this virus -- it infects heads of state, government ministers and members of parliament… (and) ordinary citizens," said Ablasse Ouedraogo, a Burkina opposition figure.

Ivory Coast Prime Minister Amadou Gon Coulibaly, who plans to stand in a presidential election in October, announced on Twitter that he had placed himself in voluntary confinement "after being in contact with a person declared positive."

South Africa has begun a 21-day military-enforced lockdown to combat the virus. By Michele Spatari (AFP)

A source close to the Ivorian government said a dozen "senior figures" have gone into self-isolation.

The precaution came after the death of the second deputy speaker of the national assembly, Rose-Marie Compaore, and the infection of Foreign Minister Alpha Barry and no fewer than six other ministers.

In Nigeria, the political elite "is in a panic mode following the confirmed case" of the cabinet director (to President Muhammadu Buhari)," according to a source close to the presidency.

A slew of senior Nigerian politicians, including the vice president and several state governors, have announced that they are in self-isolation after contact with two people with the virus, including Buhari's right-hand man, Abba Kyari.

The chairman of the commission of the African Union, Moussa Faki Mahamat, is "observing quarantine" after a member of his staff tested positive, an AU source in the Ethiopian capital Addis Ababa on Friday.

In Democratic Republic of Congo, the authorities do not comment on reports of public figures among confirmed coronavirus cases, but several media have stated that Economy Minister Acacia Bandubola was infected.

His brother and deputy cabinet director Dedie Bandubola was among the first to die of the disease.

He appeared to be referring to the deputy governor of Kilifi County, Gideon Saburi, who on his trip to Germany did not self-quarantine for 14 days as required by law.

Nigeria President Muhammadu Buhari had to quash rumours about his health after his chief of staff tested positive for the virus. By Kola SULAIMON (AFP)

"He is now being forcibly quarantined in a facility and upon the completion of the period given by our health authority, the official will be charged in a court of law," Health Secretary Mutahi Kagwe told reporters.

In another case that has made the headlines in Kenya, a Catholic priest named Richard Oduor came into contact with scores of people after conducting church services and a burial after returning from Europe.

On social media, some people in Ivory Coast commended the prime minister for perceived courage while others protested at the government's deemed incompetence.

Some accused the authorities of waiving a quarantine rule on passengers who flew in from France because they came from families with top-level connections.

Some mocked the ties with puns on "coronavirus" and "colonial-virus".

In Burkina Faso, Barry exposed himself to ridicule on March 18 by joking about rumours that he was infected.

In a social media post, he wrote "Allo Maman!!!! [Hello Mum]...Like many of you, she had heard the rumours. I reassured her."

Two days later, he posted: "The rumour has become a reality… I have just been notified (that I tested) positive."

After that episode, a new hashtag spread on social media — #allomaman.

Some of the satire has been cutting. "#allomaman, I am forced to seek treatment in (the capital) Ouagadougou like the common people. I can't travel to Europe. What if we were to equip our hospitals properly now?"

In Nigeria, #Buharichallenge trended on Twitter as citizens poked fun at their 77-year-old president, pressing him to become to be visible at a time of crisis.

"Mungo Park on his journey to help us discover the location of our hidden president," said @fingatipps, above an engraving of the 18th-century Scottish explorer heading into the jungle.