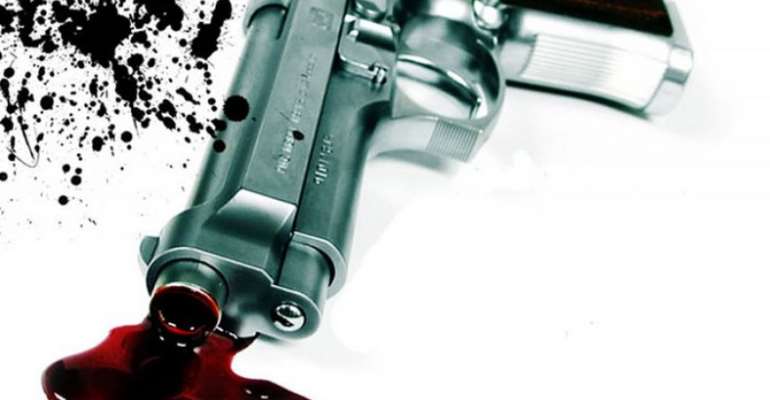 A tenant has shot his landlord John Monyo, 52, for allegedly having sexual relations with his Wife.

The wife of the suspect was also injured in the process.

The incident occurred Thursday, March 26, 2020, at a farming community near Maame Krobo junction in Afram Plains South District of the Eastern region.

The Suspect Kwaku Boadi, 32, has, however, fled from the community with his 6-year-old son.

Starr News has gathered that the suspect has been accusing the landlord of flirting with the wife for some time now. On Thursday, he pulled a gun and called out the Landlord who was in his room and shot at him.

The wife of the suspect was hit by the pellet and also suffered a minor injury.

Maame Krobo Police was informed by the Assembly Member for the area Ebenezer Kugbesika, and quickly rushed to the scene and found the victims bleeding.

Both were rushed to Donkokrom Presbyterian Hospital but the landlord was in critical condition hence referred to St. Joseph Hospital in Koforidua.

The Public Relations Officer of the Eastern Regional Police Command DSP Ebenezer Tetteh told Starr News a manhunt is underway for the arrest of the suspect.