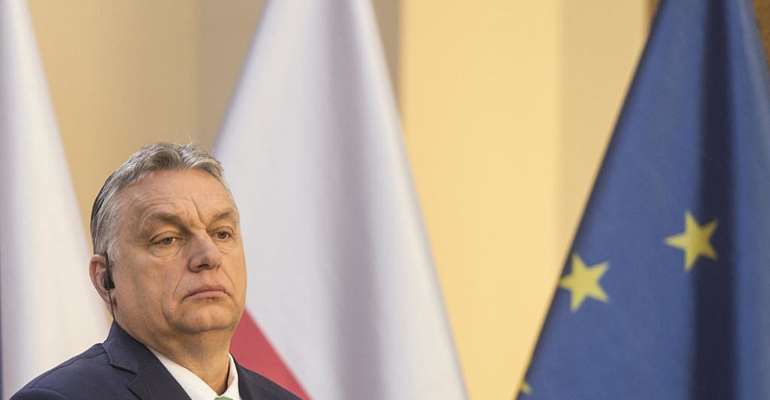 Hungary has announced a two-week lockdown to slow the spread of Covid-19, as Prime Minster Viktor Orban's government seeks an open-ended extension of a state of emergency that would allow the administration to bypass parliament.

Speaking earlier this Friday, Orban announced on state radio that from Saturday, Hungarians would be subject to restrictions on leaving their homes, similar to what was imposed in France last week.

Orban's government has also presented parliament with a law that would indefinitely extend a state of emergency declared on 11 March, which would allow Orban to rule by decree. It is likely to pass as legislators vote next week.

Hungary has 300 cases of the coronavirus, and ten people have died. Orban said Friday that the peak of the epidemic is expected in June or July.

Lockdown rules
Under the confinement measures, people can only leave home to go to work, buy food or medicine, or take children to daycare. They can go out for exercise, but must keep distance from each other.

The restrictions, which will remain in place until 11 April, will be enforced by police, who can impose fines on people found to be in breach of the lockdown..

Food stores and pharmacies will restrict entry to those over the age of 65, from 9am until noon.

Orban said Friday that the government has taken steps, with the central bank, to shore up growth, and will present a post-outbreak action plan for the economy in the first or second week of April.

Fears of unchecked powers
Parliament is dominated by Orban's right wing Fidesz party, and is expected to vote on Tuesday on the “coronavirus law”, which would not only allow the government to bypass parliament, but also allow for heavy jail terms for publishers of "false information" about the virus and the government's measures.

One opposition party called the legislation an attempted "coup d'etat", and others have urged Orban to fix a time limit on the powers.

Supporters argue that decisive rule is necessary during the current crisis.

European leaders and partners, who have clashed with Orban before on migration policy, have warned against passing the legislation.

The Council of Europe wrote a letter to Orban last week, warning that an "indefinite and uncontrolled state of emergency cannot guarantee that the basic principles of democracy will be observed."

Orban responded by telling the Council to "read the exact text of the law".

Power grabs elsewhere
Hungary is not the only state to beef up government powers during the virus crisis. Poland's conservative government is going ahead with a planned presidential election in May, which is seen as a way to capitalise on its handling of the coronavirus crisis.

In Bulgaria, the government has proposed a controversial law, similar to Hungary's, which mandates jail terms for those spreading fake news about infectious diseases.