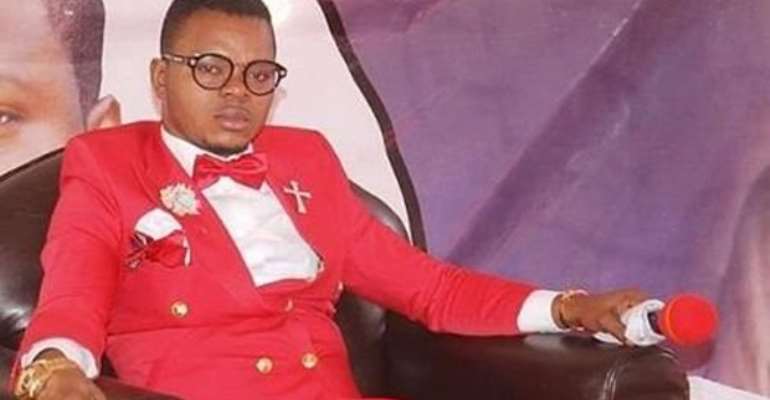 No wonder that President Nana Akufo-Addo’s fight against official corruption with its ridiculous ramifications has become a mockery and a mere political gimmick.

As markedly corrupt and unprofessional as the Ghana judicial system and the law enforcement agents have become, with their desire not to fully commit themselves to finding the truth and ensuring that justice is done to all without exception, why should we sabotage an effort by any individual going the extra mile to expose for prosecution and conviction corrupt persons? If we can’t dig out corrupt persons, why should we by our typical Ghanaian-mindedness of pleadings and interventions stop a person who is successfully investigating and exposing corrupt persons?

Do we not know how baneful official corruption is to the socio-economic emancipation of Ghana? How do we curtail or eliminate corruption from Ghana for the country to prosper if we continued with our begging to set offenders free as are being exhibited by Chairman Wontumi, the Ashanti Regional NPP Chairman, and Kwabena Kwakye of Oman FM radio station in Accra hosting the programme “Boiling Point”, on behalf of rogue Angel Bishop Dr Obinim, a famous pastor in Ghana?

Obinim is being proven by Kennedy Agyapong (Hon), the Member of Parliament for Assin Central Constituency in the Central Region, to be a fraudster, a womaniser, and a potential murderer working in collusion with criminals. He has been evading taxes, indulged in money laundering, indulged in womanising and defrauding his church members, Kennedy alleges.

If this behaviour by Obinim does not amount to corruption what else does in Ghana? Has he not been indoctrinating his church members to become lazy and not to use their mind or exploit their unlimited potentials? They believe that the solution to their problems lies in trooping Obinim’s church for him to perform miracles on them to get all they need instead of working hard to meet their wishes.

Do we know how much it costs the nation when our false pastors and prophets make their congregation become lazy and only expectants of miracles to solving their teeming problems while duping both the rich, the needy and poor church members?

May I please ask Chairman Wontumi (Mr Bernard Antwi Boasiako) and Mr Kwabena Kwakye not to continue to plead with Kennedy to stop exposing Obinim, Badu Kobi and all the other fake pastors and prophets in Ghana as well as the corrupt politicians that he intends to expose or else, we can never fight corruption in Ghana.

Do you only expect him to go after the poor petty thieves stealing fowls, farm produce and pick-pocketing while the bigtime crooks like the politicians embezzling funds and State assets as well as doing illegal surface mining (galamsey) to spoil the nation’s water bodies, virgin forests and arable farmlands are left untouched?

Please, if you are requested by anyone as in the capacity of a messenger to approach Kennedy to cease fire with Obinim or whoever, don’t do it. It is by such deplorable pleading interventions that the Special Prosecutor, Honourable Martin Amidu, and President Nana Akufo-Addo, are failing, if not failed, in their fight against official corruption in Ghana. People don’t allow them to go the direction they want to, to drastically deal with discovered corrupt officials. Traditional chiefs and friends and family keep pleading with them to drop cases against these corrupt and criminal government and public service officials.

Is this attitude by those of you always pleading to let go scot free corrupt persons not detrimental to the proclaimed but fruitless fight against corruption? You guys claim to support the fight against corruption but in practice, you are derailing the fight. Why become like the false Ghanaian and African pastors who preach virtue while they themselves practise vices as it is the case with Obinim and Badu Kobi?

Laws are made to be obeyed and the law is said to be no respecter of persons.

If you are sent by anyone to intervene to set criminals free, according to the tenets of the traditions and customs of Ghana bordering on “Providence will provide” and “Leave it to God”, please refuse, or else, we can never fight corruption to free money to carry out essential developments in Ghana only to be taken by surprises in our unpreparedness and underdevelopment by stronger aliens like the callously devastating novel coronavirus (Covid-19).