Stay Away From Parliament — Speaker Orders Ayariga To Self-Quarantine 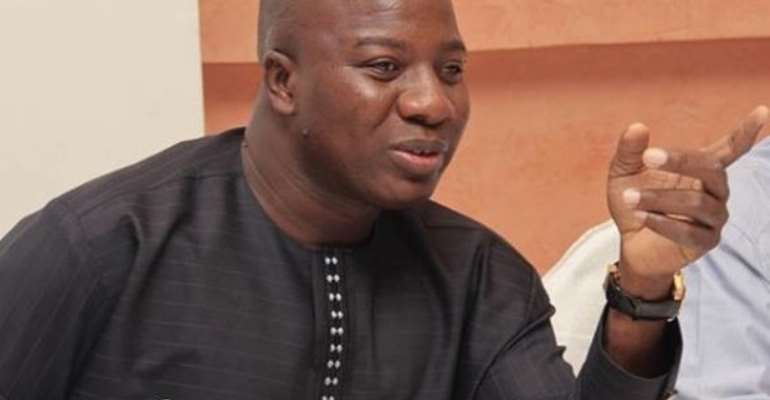 He was asked to keep away from the precincts of Parliament until after March 27, 2020.

Prof. Aaron Mike Oquaye, who gave the directive, said the MP was required to observe the minimum two-week period of self-isolation in his residence in view of his recent return to Ghana from a foreign trip on March 12.

In a letter signed by the acting Clerk of Parliament, Cyril K. O. Nsiah, the Speaker explained that the move was in conformity with the World Health Organisation (WHO) protocols aimed at preventing the spread of the coronavirus disease (COVID-19).

The MP was directed to consult Dr. Prince Pambo, the Medical Officer in charge of Parliament Clinic, for a quick medical review prior to resumption of duty in the House.

“Accordingly, in order to reduce physical contact with Hon. Members and staff of Parliament, you are humbly requested to keep away from the precincts of Parliament until after the 27th of March, 2020,” the letter written on March 20 said.

Last Friday, the Bawku MP was seen in the Chamber mingling with his colleagues during which he took part of deliberations of the House during the consideration stage of the Imposition of Restrictions Bill (now Act).

Amid fears over the spread of COVID-19, the Speaker accordingly directed all MPs, who had travelled outside the country, to “respectfully stay away from Parliament.”

The Bawku MP is among 10 lawmakers, who have been asked to keep away from the precincts of Parliament, including the MP for the Binduri Constituency, Dr. Robert Baba Kuganab-Lem, and his counterpart for the Ayawaso East, Naser Toure Mahama, who were said to have travelled to Tokyo and India respectively.

Few MPs attend sessions in recent times and amid a subdued atmosphere, Prof. Oquaye promised to ensure “maximum safety” within the precinct of Parliament for MPs and staff members.

There have been demands by some MPs to close Parliament entirely as the coronavirus cases rise, but currently, there are no plans by the Speaker and the leadership, except the consideration to move sitting to the International Conference Hall.

So far, sanitizers and water with pieces of soap have been put at various vantage points in Parliament to help MPs, staff, media practitioners and visitors to wash their hands as they enter the precincts of the House.

The MP for Twifo Atti-Morkwa, Abraham Dwuma Odoom, praised the Speaker and the Parliamentary Service for the steps taken to reduce the spread of the virus.

“This is the best way to handle the situation. Mr. Speaker and the Executive have shown leadership in the fight against COVID-19,” he noted.