Mother Africa On A Sick Bed 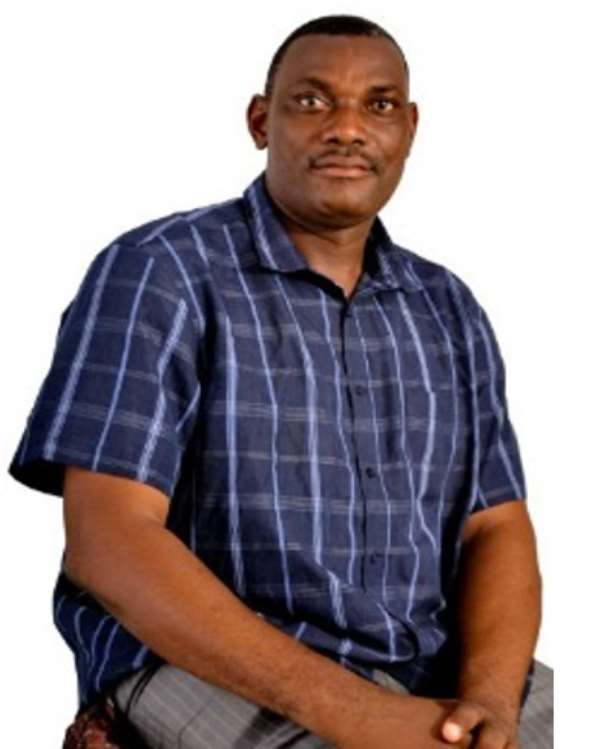 God in his infinite wisdom did not put Africans here on this continent to be poor that is why he has blessed us beyond measure with numerous natural resources. We as Africans are poor because we have chosen to swim soundly in the pool of poverty.

Looking at these resources at our disposal it is surprising to know that the continent of Africa which should be depending on its own apron without depending on other countries for its survival is in a state of coma.

If our beloved continent is not developed to the level that we all expected it to be then it is not the fault of a single individual but all of us have ourselves to be blamed for the mess we have done to ourselves and Mother Africa.

God has never descended from heaven to develop any nation but developed nations are where they are now because they believe in themselves that it will take all hands on deck before their country will develop and be a better place to live.

I don’t think we have taken our precious time to ask ourselves why the continent of Africa has not been to its rightful position despite the numerous natural resources at its disposal. We Africans are fond of making statements like “forward ever, backwards never”, “united we stand and divided we fall” and yet we are not united as one people, one continent with a common destiny.

If we were united we would be a strong force economically- economic activities among members of the African nations will go on smoothly thereby increasing economic growth and development, which in the long run will increase our standards of living. We have all it takes to develop as a continent but we are still crawling on the ground like a snail or tortoise just because of our black mentality which bores Pull him down, jealousy, greed, selfishness, wickedness, egoism, hatred and unkindness.

It’s rather unfortunate we don’t want to develop our true value as Africans to whom God has given us the power, wisdom and knowledge to do everything by ourselves.

The continent of Africa can develop and be a better place to live if we all accept the fact that we all have a role to play towards the growth and development of our great continent. For Christ sake let’s be confident in ourselves that we can do all things that will make Africa be at its rightful place.

It’s disheartening and pathetic the continent of Africa blessed beyond measure with numerous resources can’t utilize them to create wealth for ourselves to the benefit of our continent and its good people to move away from been beggars with no choice to donors. If I may ask, do we expect GOD to descend from heaven to undertake developmental projects for us?

I have been wandering so much about our apparent refusal to manage our natural resources well to also offer loans for interest from other countries whose natural resources come nowhere near our own to eradicate poverty which has eaten deep into the fabrics of our blessed continent like cankerworm. Looking at the way and manner our African leaders look indifferent about the welfare of 90 % of their citizens who cannot afford a square meal a day, I am tempted to believe that the philosophy of our leaders is “Politics” is a dirty game meant to deceive the minds of the electorates to clinch power and amass wealth for themselves and their families only to eat fat while their electorates grow lean.

I don’t think people from the elite countries were created by a different God from the one who created Africans. We can also boast of the likes of Apostle Kwadwo Sarfo - (Kantanka Group), Professor. Frimpong Boating, Aliko Dangote and many others whose exploits in their various fields have clearly shown Mother Africa is blessed with lots of knowledgeable African Stars whom if given the maximum support can help build our beloved and only continent to be a better place to live. Not forgetting the proud son of Africa the late Bosumuru Kofi Annan whose popularity and invaluable service to mother Africa, United nation and the World at large has proven beyond all reason doubt that we Africans were created equally with people from the Western world and we can also do our best possible to move Africa beyond aid.

I strongly believe it is about time we patronized cars and other goods produced locally and made use of people who have the technical know-how in other professions and stop importing goods from the outside world. If we patronize our local products as against imported ones it will empower our local manufacturers to produce more. If they are empowered, not only will they be able to produce more to meet our growing demand but we will have enough to export to the outside world for foreign exchange. The issue of self –esteem which has eaten deep into the fabrics of our African society like a cankerworm has gone a long way to affect the growth and development of our continent to the extent that we don’t appreciate the capabilities of other people. We waste much of our precious time backbiting, insulting and fighting each other that is why the continent of Africa looks like an over-grown adult struggling to walk upright.

Africa our beloved continent was on the same scale with countries such as Malaysia, Indonesia, China, India, South Korea, North Korea, Japan and many others in terms of development and these countries do not possess even a quarter of our natural resources but Africa today can’t compete with them in terms of developments. I believe if we don’t learn to think positively it will takes us more than 400 years to be able to be on the same level with them. Malaysia had almost nothing in the olden days and because the need to develop their nation was paramount to them, they strategized in the area of Oil palm plantation and others and today they are among the developed nations in the world and Africa had a lot of Oil palm plantations which we have left to rot. One would have expected Africa would be able to grow from grass to grace to become the hope for other nations but we are where we are today, due to greed, misplaced priority, improper planning and mismanagement of our resources that has led our economy on a sick bed, surviving on life support.

The white man’s mentality is full of hope and have their nation at heart, but that of the African is the opposite. In whatever we intend doing as Africans, our continent must come first. What our leaders know doing best are adopting strategies to win elections at all cost but same can’t be said about leaders in developed countries. When our leaders are spending lavishly on parties and other needless events, leaders in the elite countries will be thinking on how best they can create more jobs for its citizenry and be able to provide food for the poor and the needy. It’s surprising to know that whilst Politicians in the Western World cherished riding bicycles to their offices, our Politicians take delight in driving V8 Land cruisers because their levels have changed to super- humans. We shouldn’t be surprise at all someday they would demand private jets to fly them to their local communities and Parliament Houses all in the name of our roads are bad and for that matter “we deserve better”.

Whilst leaders in developed nations are planning ahead of how their nation’s development would be in the next twenty years to come, our African leaders are swimming soundly in the pool of nepotism and favouritism just to create, loot and share their tax payer’s money to enrich themselves. The scripture has this to tell us in Mark 8 verse 36 “what will it profit a man if he gains the whole world and loses his life”.

Our African leaders and Politicians must remember someday they will give account not only on the way they lived their lives but how they managed the God-sent resources that we put in their trust. Not everybody in Africa can lead us and as such the few Politicians who are fortunate to have got the chance to lead us must be ready to diligently serve Mother Africa in truth and sincerity and must have compassion for the good people of Africa so that together we can revive our continent which is lying helplessly at the intensive care unit to be a better place to live.

GOD BLESS AFRICA AND MAKE OUR CONTINENT GREAT AND STRONG