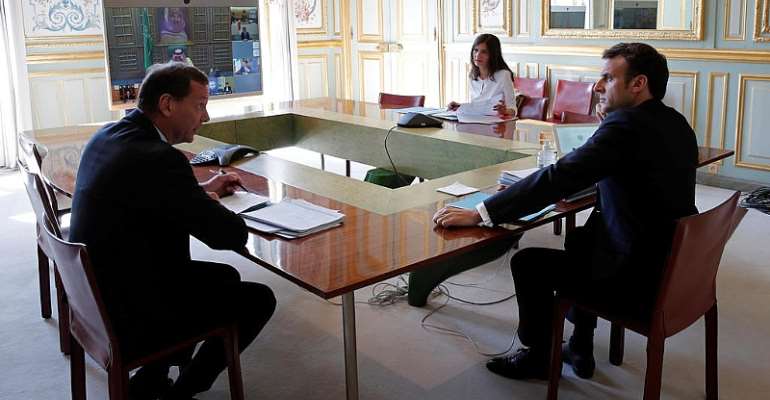 Leaders of the G20, the world's 20 major industrialised nations, promised a united front in fighting the Covid-19 coronavirus, saying they were injecting over four trillion euros into the global economy to counter a pending global recession. French President Emmanuel Macron also said he and and the US were planning to announce an important new initiative in the coming days.

“We are at war with a virus, and not winning it,” UN Secretary-General Antonio Guterres told G20 leaders during the emergency summit on Thursday, held via video conference. He urged leaders to adopt a war-time plan to tackle the coronavirus pandemic and its economic fallout.

The G20 has been criicised for not taking cohesive action, with individual countries sealing their borders, closing businesses and imposing home isolation.

The group promised to work together and said they are collectively injecting more than 4.3 trillion euros into the global economy. The Chinese foreign ministry said the number is a sum of the fiscal stimulus packages adopted by individual countries.

Leaders also pledged to work with the International Monetary Fund and other bodies to develop financial packages for developing nations, as poorer countries worry about their lack of access to capital markets or adequate health facilities.

In a final statement after the meeting, the G20 said “global action, solidarity and international cooperation” were needed more than ever, but made no specific commitments.

Good first step, but a way's to go
The meeting was not open to the media, and governments and organisations distributed the participants' comments after it concluded.

UN spokesperson Stephane Dujarric said the secretary-general thought the meeting was a good first step, “but there's still a long way to go for truly concerted and effective global leadership in response to this pandemic and its impact.”

US President Donald Trump said: "We talked about the problem. And hopefully it won't be a problem for too much longer," referring to the virus.

Overnight, French President Emmanuel Macron said in a tweet (in English) that he and Trump were preparing "a strong new initiative” to face the pandemic in the coming days, without giving any details.

France and the Untied States are among the countries most affected by the pandemic, which is progressing throughout the US quickly. It is now the country with the most recorded cases worldwide.

Mankarigu Health Center temporarily closed down after attack...
42 minutes ago