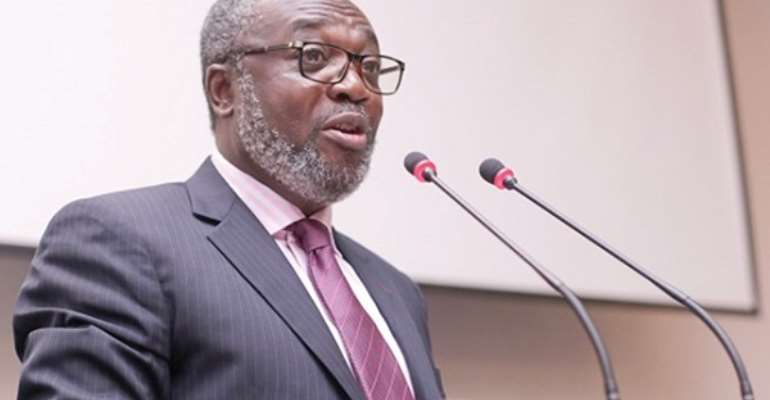 The Special Adviser to the President on Health, Dr. Nsiah Asare says government will in the coming days test all persons confirmed to have come into contact with persons infected with the coronavirus.

This comes in the wake of the sudden increase in confirmed COVID-19 cases in less than a week.

“We are actively looking for the contacts. It means we are picking everybody who has the virus. So we are chasing the virus. We are not chasing human beings. We are not chasing people who are positive and isolate them. If you leave it and don’t test anybody at all, people who have had it may survive. Only a few people who are immune-compromised may lose their lives unfortunately but the majority of them will survive, infect and reinfect people,” he indicated.

“After some time, people will get immunity so it will peak and then plateau. But we don’t want it to peak, we want it to plateau or slowly come down. So these figures, unfortunately, will be going up because we are going to test a lot of people. And some people have already entered the system and become positive so they will also infect people. So when it peaks, what we want to do is to make it come down as quickly as possible, crash down and then we’ll know that we have succeeded. Then we won’t have anybody again to infect people since our borders are closed. This is what we are doing in the next few weeks,” he said. Current cases

A total of 132 persons have so far been confirmed to have been infected with the Coronavirus disease in Ghana.

This comes after 64 new positive cases were announced by the Ghana Health Service on Thursday, March 26, 2020.

Of the 64 new cases, 40 were confirmed among those under mandatory quarantine while the 20 others were confirmed through the Ghana Health Service's regular surveillance systems of the local population.

Authorities say all the new patients have been isolated and are receiving treatment.

A Health Economist, Nana Kofi Quakyi, had urged the government to focus on building the processing and testing capacity of laboratories in Ghana as it moves to deal with the novel coronavirus pandemic.

With the cases of the virus expected to rise sharply in the short term, Mr. Quakyi noted on Citi TV's The Point of View that Ghana was at a stage where testing was paramount.

“Accurate speedy testing is the game here. We have to be able to detect these things early so we can begin isolation protocols if we need to.”

As it stands now, he says Ghana's testing capacity is below par.