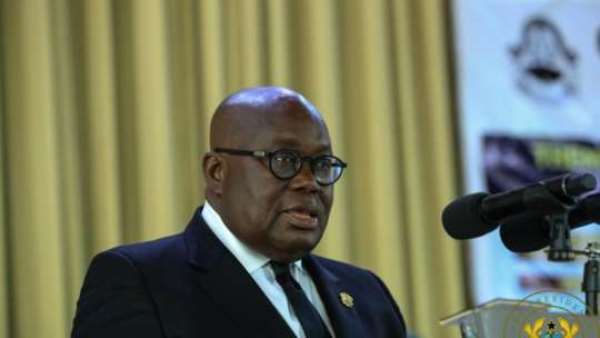 President Akufo-Addo has granted amnesty to 808 convict prisoners with immediate effect as part of measures to contain the COVID -19 outbreak.

The decision, taken in accordance with Article 72 (1) of the 1992 Constitution was done upon the recommendation of the Prisons Service Council in consultation with the Council of State.

An official statement issued by the Ghana Prisons Service and copied to the Ghana News Agency, explained that 783 of the convicts were first offenders; 11 of them were seriously ill while seven, who were on death row have had their term commuted to life imprisonment.

Four of them who were serving life sentence also had their sentence commuted to a 20- year definite term; while three of the convicts were old persons above the age of 70.

The statement was signed by Mr Patrick Darko Missah, the Director General of Prisons.

Advocates of better conditions for prisoners have been expressing concern about the threat convicts faced considering their generally overcrowded facilities should they be exposed to the new coronavirus.