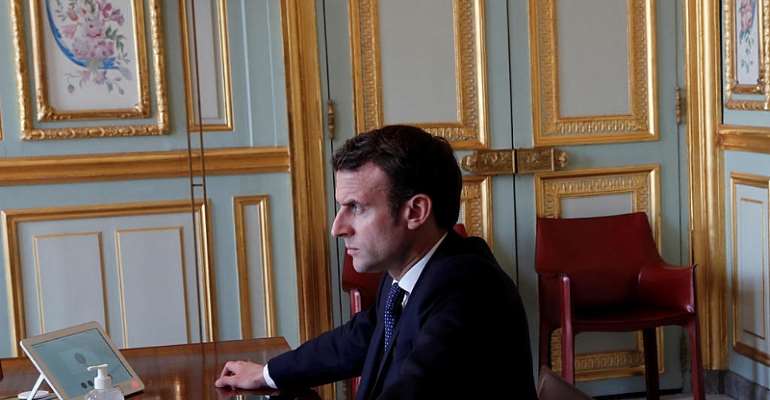 Le Monde reports that the official number of Covid-19 infections worldwide is now close to half-a-million, with nearly 21,000 people dead as a result.

And half of those half-a-million cases are here in Europe, with Italy and Spain the worst affected, both countries now having overtaken the total number of deaths reported in China.

Iran is also suffering terribly, with an official death toll this morning of 2,234. Based on the latest update from Johns Hopkins University in the United States, France had 25,600 confirmed infections this morning, and 1,333 dead. But those statistics probably conceal more than they tell us.

France puts sufferers on the train
The main story in Le Figaro, for example, concerns a specially commissioned train which is, as we speak, transferring 20 infected patients from the north-eastern region of Alsace to the central Loire valley.

That's another effort by the authorities to re-distribute patients from the worst-hit and medically overwhelmed area close to the German border to parts of France where the hospital emergency services are not yet inundated.

Here in Paris, according to a separate article in Le Monde, the hospitals are very close to breaking-point. Of the fifteen hundred beds available in intensive care in the French capital, eleven hundred were occupied last night. And ambulances are delivering more than 100 new seriously ill patients every day.

The crucial question is whether the nationwide confinement will have a sufficiently rapid impact of the rate of infection, and so reduce that growing pressure on health facilities and on medical staff, themselves also suffering terribly.

In London, some hospitals are reporting up to 50 percent of their medical personnel unable to work because they are themselves infected. In the worst-hit parts of Italy, several endangered patients are being kept alive by sharing breathing apparatus.

President Macron sends in the army
Yesterday, French President Emmanuel Macron launched the operation which has been baptised "Resilience" under which the army will join the fight against Covid-19.

We've already seen the construction of an army field hospital in Alsace. Navy vessels have been despatched to the Indian Ocean and the Caribbean, to provide assistance to French overseas departments. And, apart from that, the military seem to be on stand-by with a broad mandate to react to local requirements as requested.

One piece of good news concerns the reaction to the call for volunteer helpers. The site "Je veux aider," "I want to help" in French, has had over 100,000 offers, forty thousand of them medically trained. And there has been a huge response to the appeal launched yesterday for volunteers to help farmers and vegetable growers harvest food crops, a job normally done by migrant workers. They, of course, are confined to their own countries by the health crisis. So 40,000 French citizens have volunteered to roll up their sleeves and give a hand.

To test or not to test . . .
There has been some criticism of the government's slowness in organising mass testing. Of course, when your national health services are in danger of collapse, it's hard to get beyond the emergency reaction of trying to save as many lives as possible. And tests are costly in terms of time and lab facilities. They can't be administered while maintaining the safe hygenic distance. You need a blood sample, and that means close contact.

France has been carrying out 9,000 tests every day.

The scale of testing is soon going to change, with 30,000 tests per day promised. That will have the double advantage of freeing those who are already immune from confinement, and of giving a clearer idea of how close France is to the peak of the epidemic.

Experimental treatments being evaluated
Finally, we're no further along the road to a possible "cure" or vaccine against Covid-19. The time-scale for the development of a dependable vaccine is something like 20 months. But four different treatments are currently being tried on volunteers in seven European countries.

Latest Photo Reports
Catch up with all the political quotes from our politicians.
Advertise here
More Europe
ModernGhana Links
French oil giant Total covered up climate risks 50 years ago: report
Bataclan survivors recount 'chatting' with attackers during the assault
Maestro Messi strikes twice to lead PSG's victorious fightback against RB Leipzig
French study looks into the pesticide risk of people living near vineyards
Former president Nicolas Sarkozy to provide testimony in polling fraud case
No one got out of the Batalan untouched - not even the survivors
French feminists take on Miss France beauty pageant for discrimination
Fuel hike headache for Macron as ministers vote on 2022 budget
PSG v RB Leipzig: Messi is settled in and ready to fire, says Pochettino
TOP STORIES