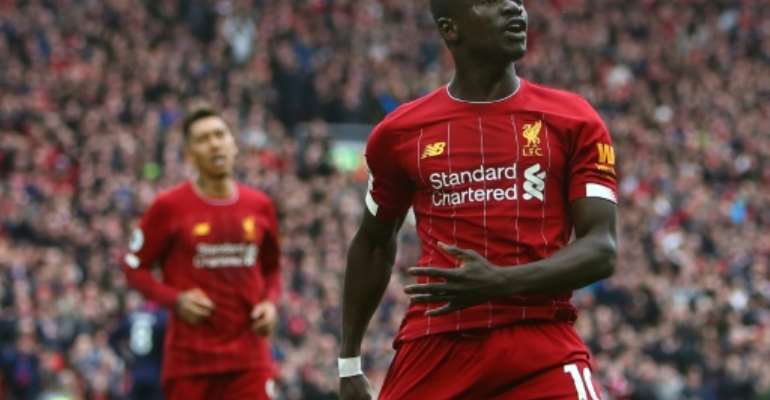 Liverpool's Senegalese striker Sadio Mane has donated $50000 US dollars to the Coronavirus fight in gis country. By GEOFF CADDICK (AFP/File)

Footballers and musicians have been on the frontline of the fight against coronavirus in Africa, reaching not just for social media to spread awareness of the dangers of the virus but also for the cheque book.

Among the first to step up was Senegalese winger Sadio Mane -- a key player in Liverpool's push for the English Premier League title this year -- who donated 30 million CFA francs ($50,000) to his country's National Medical Commission to fight the deadly microbe.

In Ivory Coast, former Chelsea striker Didier Drogba gave masks to the cathedral of Abidjan, with the warning: "My sisters, my brothers, I ask you to take the matter very seriously... we tend to be too light about our reactions to the situation."

"My African brothers and sisters! Corona Virus has taken over our lives. With malice, arrogance and without notice," Eto'o wrote.

"It knows neither race, religion nor political parties. It kills the rich and the poor. Even in countries where research is done well, the consequences are disastrous. Unpredictable.

Eto'o spent most of his playing career in Spain.

"For all these reasons my brothers, sisters, dear parents, I ask you to respect the instructions given by the authorities of our countries and the World Health Organization."

Affected after Asia and Europe, sub-Saharan Africa has recorded only 1,642 cases and around 20 deaths, according to an AFP count at 1100 GMT Thursday from officially declared cases.

The continent, however, fears a lightning-like spread that would overwhelm its already fragile health structures. 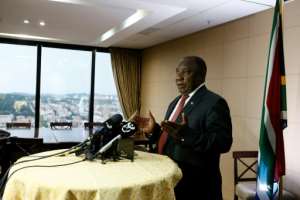 In South Africa, the most affected country on the continent, Springbok rugby captain Siya Kolisi released a couple of videos online showing himself at home with his children, adhering to the isolation regulations laid down by President Cyril Ramaphosa

"Stay safe, stay strong, let's fight this together," he says.

African musicians are also stepping up as the continent faces one of its bleakest hours.

Youssou N'Dour, described by Rolling Stone magazine in 2004 as "the most famous singer alive" in Senegal and Africa, handed over a batch of medical equipment to the health ministry in Dakar in mid-March. 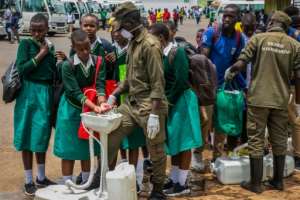 Fellow Senegalese rappers collective "Y en a marre" ('Had enough') set aside their usual antipathy towards corruption and current politics to release a song called "Fagaru Ci Corona" which warns of the dangers of the virus and advises on washing hands and wearing masks.

They are among other artists who have temporarily laid down their protests against governments to join forces and rally around messages being put out by the authorities.

In Uganda, singer Bobi Wine, a member of parliament who was arrested in early January for his opposition to President Yoweri Museveni, has asked his fans to "watch the social distancing and quarantine", in a video on Twitter.

In the Democratic Republic of Congo, rumba star Fally Ipupa stepped away from romance for once to post a video on Twitter called "Fally in confinement mode, the kisses stop", an improvised melody on an acoustic guitar.

"Stay at home, respect the instructions given by the authorities and the WHO," Kinshasa crooner said.

The authorities of DRC have not imposed confinement yet but they have closed borders, public places, and put the capital Kinshasa in lockdown.

His compatriot Koffi Olomide, a soukouss singer, a modern version of Congolese rumba, warned fellow countrymen against the "Kuluna-virus", deftly weaving in the term "kuluna" which indicates armed gangs of Kinshasa, one of the urban legends and terrors of the capital.

In Ivory Coast, the singer DJ Kerozen also alluded to the virus in a new song: "'There's a corona, let's respect the hygiene instructions, the deal is serious, oh..(. ..) Even Mbengue (slang for France), over there, it's spoiled... we want to live! "

The Cameroonian saxophonist Manu Dibango, who had become a reference for just about every musician in Africa, died in France this week at the age of 86 as a result of the coronavirus.

The composer of "Soul Makoss" was the first world celebrity to succumb to the virus. Congolese singer Aurlus Mabele, a figure in soukous, also died a week ago in Paris from the virus.