Tribalism Is The Answer 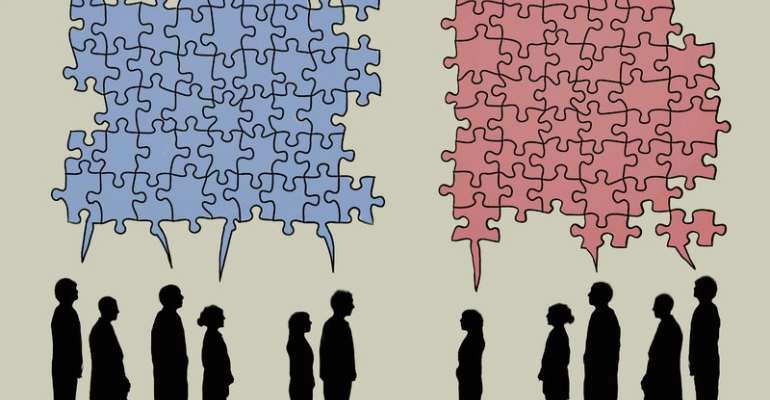 "In the social jungle of human existence, there is no feeling of being alive without a sense of identity."

- Erik Erikson, German-American Psychologist/Psychoanalyst and the originator of the theory of "Identity Crisis."

"Identity is a prison you can never escape, but the way to redeem your past is NOT to run from it, but to try to understand it, and use it as a foundation to grow"

Without TRIBALISM, in its finest nature, Nigeria will not make it.

It is the all-important proverbial cornerstone that those who seek to build Nigeria are rejecting and without it, Nigeria would never be successfully built.

TRIBALISM, my kind of TRIBALISM, is the most important variable needed so Nigeria can survive.

My kind of TRIBALISM would seek to allow every ethnic group to marinate in its own uniqueness.

As a Yoruba man, I want my language, culture, and traditions to be allowed to thrive.

I want the Yorùbá philosophical world view to guide our sociological functional relationship with our cosmological interpretations for our existence.

I want to control my own DESTINY.

I want to determine the kind of education my children have.

I want to be in charge of my own security.

I want to control my own economy internally and in relation to my neighbours.

I and my people want to determine who we relate to as people internationally.

I want to control my resources and only give what I can to "outsiders" with whom I have found myself in the same country, at least for now.

I want to have my own police and armed forces even if we have a common pool in which I have equal control and equal stake.

I want to give priority to my people before "outsiders" can make any claim or demand.

I don't want people distant from my land making decisions whether my child or my people could get admissions to universities or not, regardless of their brilliance.

I want "foreigners" who come to my land to respect the wishes, the culture, the traditions and the desire of my people and not begin to use amorphous, ambiguous, duplicitous constitution, to which my people were never signatories, as the basis to laim claim to my land, my resources and my space.

I am a TRIBALIST. An enlightened one, who wishes for other ethnic nationalities what I wish for my Yoruba Nation - for each and every one of them to SELF- DETERMINE ITS OWN DESTINY.

Until we are TRIBALISTIC enough:

1. to want to invest and defend our uniqueness as individual ethnic nationalities,

2. respect and appreciate our differences,

3. then come together to give and take according to agreed to modalities;

believe me, Nigeria will continue to fester in injustice, foster unfairness and anger, self destruct until it becomes history like others of its type.

As far as I am concerned, I am not willing to give up my beautiful Yoruba language to speak Igbo or Hausa or Tiv or Fulfude or any other. I also expect any self-respecting Igbo, Hausa, Tiv, Ogoni, Mumuye, Igala, Bini, Nupe and any other to feel the same way.

TRIBALISM is the rejected stone by the proverbial builders that would eventually become the CORNERSTONE in the construction of Nigeria or the main foundation of other Nations waiting in the wings to take control after the demise of the incubator of the succubus that is inflicting the land.

No matter how much we embrace the fantasy or if you like, the Utopia of a Nigeria, it would remain what it is, a mirage, an apparition.

If we all want true happiness; if we all desire true progress; if we all sincerely aspire for peace; if we truly thirst for genuine security, we must edify the authenticity of our existence, our ethnic nationality.

In such edification, we would recognize, accept and respect our differences. In so doing, our differences would form the basis on which we would come together if that is our desire.

No one could force away from the uniqueness of a race. No one could force an aberrant to identify a race. It is impossible to negate my Yorùbáness because of the desire for an amorphous, amoebic, nebulous, shapeless, characterless country, called Nigeria.

"If you really have your own identity, you'll keep on doing what you think is really right for you, and you'll also understand the next step you want to take," so admonished by Helmut Lang, the Austrian born artist and fashion designer.

Yes, TRIBALISM, is the answer to the survival of Nigeria. The rejection and demonization of TRIBALISM is an active ploy for the imminent demise of Nigeria.

"In the long history of the world, only a few generations have been granted the role of defending freedom in its hour of maximum danger. I do not shrink from this responsibility - I welcome it."