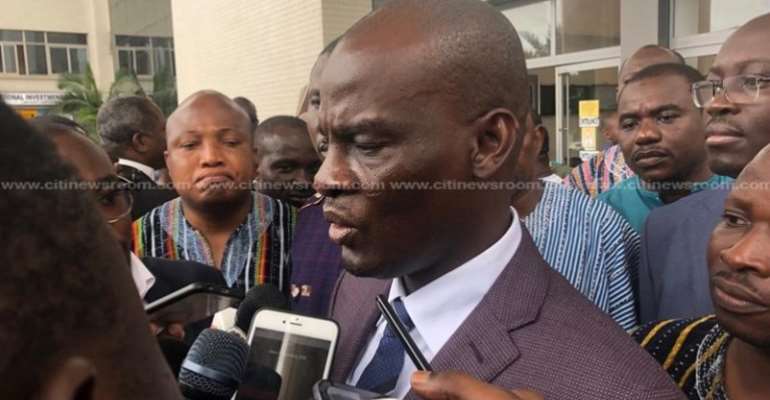 The Leader of the Minority side in Parliament, Haruna Iddrisu has responded to the Speaker of Parliament following a rejoinder he received after presenting a memorandum to the Speaker’s office.

Mr. Iddrisu in the memo had among other things called for a bi-partisan national response plan to the coronavirus outbreak in the country.

The Speaker of Parliament, Prof. Aaron Mike Oquaye rebuked the Minority Leader over his handling of the memo which was earlier circulating everywhere except the office of the Speaker, the addressee.

In a statement through the Director of Public Affairs of the Parliamentary Service, the Speaker reiterated that although the said memo was reportedly sent last Friday, March 20, 2020, his office received it “at 12.40 pm” on Tuesday afternoon.

After rebuking the Minority Leader, the statement further insisted that: “the issues contained in the said memo are issues that have to be dealt with using due process. The interest of the citizens and the nation should remain paramount”.

But in a response, Haruna Iddrisu insisted that “the said memorandum was delivered on Friday, 20th March 2020 and duly received in the Speaker’s Office. I do not control the administrative arrangements in the Office of the Speaker and cannot, therefore, determine when a document delivered in the Office is brought to the attention of the Speaker.”

Haruna Iddrisu further explained that the demands in the memo were made in the interest of Ghanaians hence must be considered.

“I wish to state that the Minority’s position in the said memorandum was driven by the national interest and the need for both sides of the political divide to work assiduously to tackle the pandemic. It is my prayer and the prayer of the Minority Caucus that we will all work with a sense of urgency and with dispatch in these abnormal times,” he concluded.