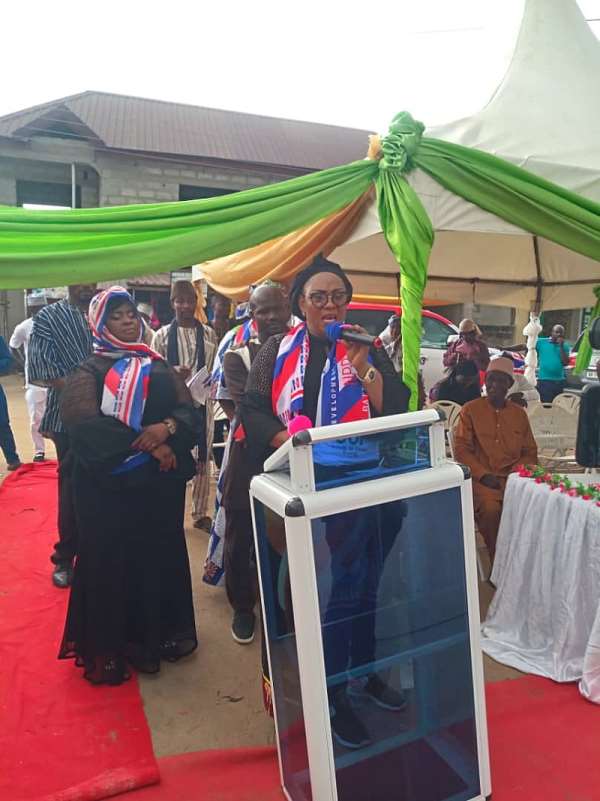 The 12th Annual Maulid Nabiyyi (Birth of Prophet Muhammad P.B.U.H) celebration has been held at Kasoa, in the Central Region.

This year's celebration which was under the auspices of the National Chief, Sheikh Osumanu Nuhu Sharubutu, was hosted by Sarki Junaidu Mahmoud, who doubles as the Amirul Faida for both Anyaa and Kasoa respectively.

In her address, Madam Mavis Hawa Koomson advised Muslim youth to be law-abiding and contribute their quota towards Ghana's development.

She urged that Muslims in general must practicalize the exemplary life of Prophet Muhammad (PBUH) in their daily activities.

Madam Hawa Koomson who doubles as the Minister for Special Initiatives and the MP for the area, seized the opportunity to call on Muslims in Ghana through the Chief Imam to pray for Allah's device intervention against the deadly coronavirus disease.

She was of the view that should the virus continue to spread the world over, the possibility of it affecting this year's hajj pilgrimage to the Holy Land of Mecca is very high.

The deadly virus has claimed a lot of lives globally and has resulted in the cancellation and postponement of many important activities the world over.

Madam Mavis Hawa Koomson in response to an appeal made by Chief Mohammed Junaidu Mahmoud, also promised to donate some desks and office equipment to Islamic schools in the area.

On behalf of the Council of Faidah Chiefs, Sarki Alhaji Sadiq, added his voice to the need for Muslim youth to be law-abiding to help promote the image of the religion.

The Council has plots of lands that they intend to build schools and mosques for the people and for that matter appealed to philanthropists, corporate bodies and individuals to support them achieve that goal.

Chiefs and Imams were charged to unite and work in unison to help solve challenges and problems bedeviling the progress of the Tijaniyya sect and Muslim Ummah in Ghana.

On his part, the host, Chief Mohammed Junaidu Mahmoud ,expressed his profound gratitude to all those who graced the occasion and also contributed in the smooth organization of the gathering.

He specifically prayed for the National Chief Imam, Madam Hawa Koomson and the government at large.

The 2020 Maulidin Nabiyyi was held under the theme "Emulating the lifestyle of Prophet Muhammad (P. B. U. H), a bedrock for peace and development."