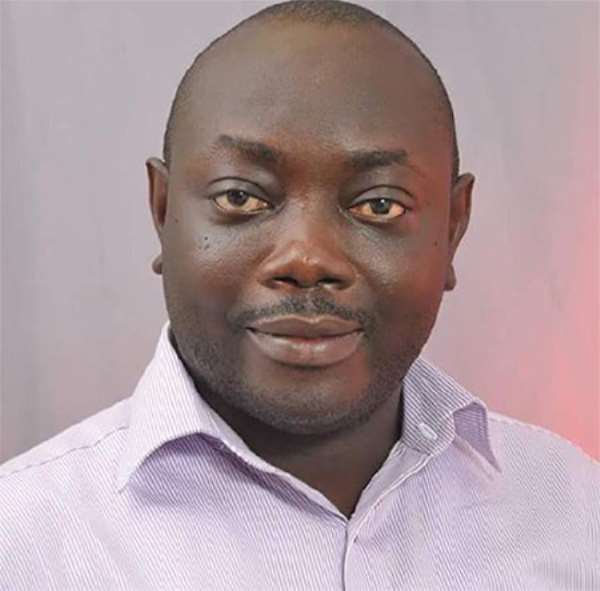 A former board member of the National Communications Authority (NCA), Dr. Nana Owusu Ensaw, has been discharged by the Court of Appeal after it upheld his appeal against the decision of an Accra High Court where he and four others are standing trial for allegedly causing financial loss to the state.

The trial court had asked him to open his defence in the case after it held that the prosecution had been able to establish a primary facie case against him in respect of two (2) out of the six (6) charges which he was initially charged with.

Not satisfied, his lawyers filed an appeal against the decision and subsequently filed an application for stay of proceedings pending the determination of the appeal.

The application was dismissed by both the trial court presided over by Justice Eric Kyei Baffuor and the Court of Appeal and the accused person went on to open his defence and denied all the charges.

But a three-member panel of the Court of Appeal presided over by Justice Victor Ofoe yesterday upheld the appeal, thereby discharging Dr. Ensaw of the charges levelled against him.

Per the Court of Appeal's decision, Dr. Ensaw is technically out of the case.

Dr. Ensaw and a former board chairman of the NCA board, Eugene Baffoe-Bonnie; the former Director General, Mathew Tetteh-Tevie; a board member, Alhaji Oman Mimina and a private businessman, George Derek Oppong, are before an Accra High Court for allegedly stealing money from the purchase of the $4 million Pegasus equipment for the National Security Council (NSC).

He was the Chairman of the Finance sub-Committee of the NCA Board at the time the equipment was purchased.

The prosecution had called six witnesses to prove its case and the court ordered the accused persons to open their defence.

They subsequently filed a submission of no case to answer which was dismissed by the trial court presided over by Justice Eric Kyei Baffour who is now a Court of Appeal judge.

Justice Kyei Baffour, in his ruling, acquitted Dr. Ensaw of four of the six charges levelled against him but ordered him to open his defence in the remaining two.

The court had held that although Dr. Ensaw was not charged with dishonestly receiving but with the offence of conspiracy to steal and due to section 156 of Act 30, that connects stealing with dishonestly receiving, it was necessary that an opportunity be offered Dr. Ensaw to explain further how the $300,000 was obtained and deposited almost contemporaneous to the time that one of the accused persons was making various withdrawals from his account.

Lawyers for the accused then appealed the decision of the Court of Appeal.

It was their argument that the accused person was not charged with dishonestly reviving but with conspiracy to steal and stealing hence the court could not have asked him to explain where he got the $300,000 from.

The three-member panel of the Court of Appeal made up of Justices Victor Ofoe, Suurbaareh and Bright Mensah, in a unanimous decision, indicated that clearly from the face of the record before them, the trial High Court did not establish a prima facie evidence against Dr. Ensaw and that the court misapplied in its ruling.

The Appeals Court, therefore, upheld the appeal and dismissed the ruling of the High Court which asked him to open his defence.

The judgment for the main case for all the other accused persons is due on May 12, 2020.