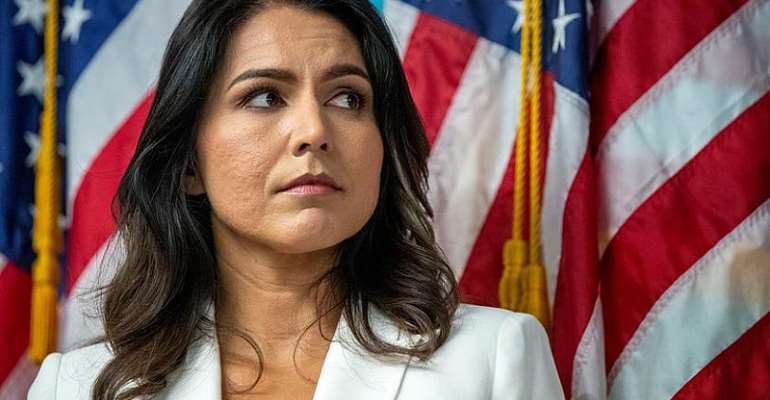 The Democratic establishment is deriving some delusionary cheer from it. The line of candidates for the presidential nomination has thinned, many falling out and proceeding, suicidally, to endorse former Vice President Joe Biden.

The case of Hawaii Representative Tulsi Gabbard is particularly telling. At points, she has spoken with sober detachment on the US imperium. Herself an Iraq War veteran, she preferred to eschew military intervention and regime change tools of foreign policy. The US record on that matter is lengthy, ignominious and bloody. Peter Harris, writing in The National Interest, suggested the ideas of a realist at play, at least in a fashion; “that the United States must sometimes tolerate the existence of brutal foreign governments, especially if they share a common interest in fighting the same terrorist groups as America.”

Such mild and calculating cynicism did not go down well in certain Democratic quarters. Gabbard was accused of being a Russian asset by the perennially loathing Hillary Clinton. Her politics on the US imperium, questioning of its international engagements, notably in Syria, struck Clinton as odd, even to the point of being mildly treasonous. The remarks from Clinton on the “Campaign HQ” podcast are worth quoting in full: “She’s the favourite of the Russians, they have a bunch of sites and bots and other ways of supporting her so far, and that’s assuming Jill Stein will give it up, which she might not, because she’s also a Russian asset. Yeah, she’s a Russian asset, I mean totally. They know they can’t win without a third-party candidate.”

This posturing libel by Clinton had a disruptive effect. Gabbard might have laughed them off as the mad bile of the defeated, but she took it seriously enough to take to the courts. In January, Gabbard initiated defamation proceedings, claiming that Clinton lied “publicly, unambiguously, and with obvious malicious intent.” The complaint makes accurate reading, at least when it comes to portrayals of Clinton, she with “a stranglehold over the Democratic party”.

Gabbard, like Bernie Sanders, has also had her issues with the dark machinery of the Democratic National Committee. In September 2019, she made her sentiments clear. “There’s just been a lack of transparency … lack of transparency means lack of trust in the process and that they’re trying to take the power away from votes to actually be the ones to decide who continues to move forward in this campaign.”

One point at issue was the restrictions placed by the DNC on who should qualify for candidate debates, using individual donors and polling averages as criteria. It was a decision taken without explanation and, as tends to be the nature of DNC machinations, behind closed doors. The DNC also preferred to adopt polls – again, without explanation – that tended to disfavour Gabbard, despite her meeting the donation threshold. Despite the muck levelled at her, she managed two delegates on Super Tuesday. True to form, the DNC again showed its colours by tinkering with the donor prerequisite to give former New York City Mayor Michael Bloomberg a chance. The establishment cheer squad was clear flexing some muscle.

Gabbard’s remarks on that particular bit of manipulation were hard to impeach. “The fact that a billionaire can come in and have that kind of influence to change rules of the DNC – all of a sudden, not coincidentally, to be able to benefit Michael Bloomberg … They are picking winners and losers before voters have the opportunity to do so.”

With the party machinery marshalled against her, Gabbard’s chances were always small. She also proved a bit too individual for her party colleagues, preferring to vote “present” when it came to the two articles of impeachment drafted against President Donald Trump. It was a heresy that brought out the pitchforks. “Look, I did not take the easy vote,” Gabbard reflected. “I took the vote that I felt was in the best interest of our country and standing in the centre to be able to bring the country together, to be able to begin this reconciliation that I think is so necessary in this terribly divided moment in our country.”

Last week, Gabbard’s will had crumbled. Rather than being proudly defiant, she showed that she was a lady for turning. Hatchets would be buried and differences set aside. “After Tuesday’s election, it is clear that Democratic Primary voters have chosen Vice President Joe Biden to be the person who will take on President Trump in the general election.”

The statement is rich with presumption, though might sadly prove to be the case, given the Democratic tendency to self-immolation. “Although I may not agree with the vice president on every issue, I now that he has a good heart, and he’s motivated by his love for our country and the American people.” Her skills on spotting that heart must be other-worldly in nature. “I’m confident that he will lead our country, guided by the spirit of aloha respect and compassion, and thus help heal the divisiveness that has been tearing our country apart.” A misplaced confidence, if ever there was one.