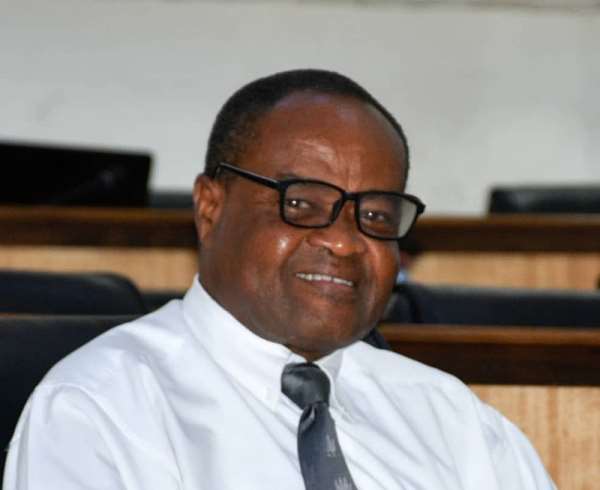 The Chief Executive Officer of Poultry, Aqua culture and Livestock Show (PALS) Africa says the fear of hunger killing many Ghanaians should the nation be locked down, is a testament of the need to take lessons from COVID-19 seriously.

Mr. John Bewuah Edusei expressing worry about the inroads that the pandemic is making in Ghana said the best way to fight it would have been a total lockdown but feared that could be a dire alternative for now.

This, according to him is because the Nigerian government took that action to protect its local producers and encourage domestication leading to an increase in employment, but in Ghana almost every food is imported.

These figures according to the PALS Africa CEO should be alarming to every well meaning Ghanaian and should immediately lead to brainstorming on how Ghana can grow and eat what it needs.

“As government considers a lockdown, they should also be considering feeding the nation for that period of time, where is the food? Or should we overlook people who will be dying possibly from hunger and starvation?”He asked rhetorically.

Mr. Bewuah Edusei also noted that even if Ghana did not close its boarders, the amount of imports would most probably decline since other countries would be preserving food for its citizens and would put in measures to discourage exports.

“Every government will put in measures to protect its citizens and hence food exports will be minimized. So a country like Ghana that has failed in food production needs to take serious lessons in agriculture from what is happening now”. He pointed.

According to him Ghana spends about 2.2 billion dollars annually on food imports and this is a huge drain on the nation's economy.

However, if successive governments had some plans on reducing the imports gradually and support local food producers, Ghana would not have been where it is today.

“It's high time we took agriculture serious in this country and encouraged ourselves to produce more otherwise we'll all die of hunger the next time any disaster occurs.” He noted passionately.