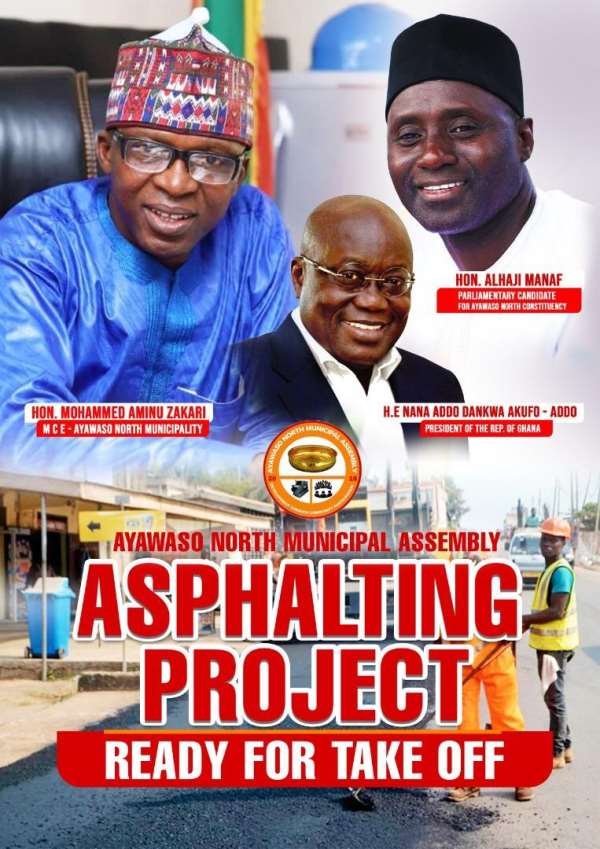 Our attention has been drawn to a video which in our estimation was a recording from a debate on the floor of parliament in which our Member of Parliament was displaying the fact that he had no knowledge of the conclusive arrangements made so far to fix our roads.

On behalf of the Municipal Chief Executive, Hon. M. Z, we wish to inform all members, supporters, and sympathizers of the Ayawaso North Municipality home and abroad, in particular, and the Ghanaian public, in general, that the statements as pronounced by the MP in the video does not represent the reality on the ground.

Those statements by Hon. Yussif Jajah in the video is false. Those statements are malicious, as they seek to derail the successes we have made so far with the support of H.E the president. Therefore, they should be disregarded. In fact, it should be treated with the contempt it deserves.

As he was rightly corrected and cautioned by the able and hardworking Road Minister, Hon. Kwasi Amoako Atta; he shouldn’t inflame passions and mislead the honourable house. And that if he wants to know the various facilities for various constituencies and areas, he should contact the road ministry and he would be briefed.

Indeed, Hon. Yussif should have sought clarification from the office of MCE before going on that misleading and disruptive path.

For the avoidance of doubt, the honourable MCE, Hon. M. Z. and the NPP Parliamentary Candidate, Alhaji Manaf Mohammed Osmanu Alidu, met the Minister for Roads at the office of H. E. the first lady to lobby for our roads to be asphalted. This was followed by another meeting with the road minister at his office on the same subject matter.

Subsequently, the Works Committee Chairman, as well as the Justice & Security Chairman of ANMA, were briefed. A letter was then written to the road minister on 13th March 2020 on his request listing all our municipal roads that need urgent attention.

It therefore came to us as a surprise that our Member of Parliament would go to that extent on the floor of Parliament at a time when frantic efforts have been made already to fix our roads which have been in a deplorable state for over two decades.

H. E. Nana Addo Dankwa Akufo-Addo is indeed working for the betterment of all Ghanaians, and we in the Ayawaso North Municipality will not be an exception. We need to give him 4 more years to do more.

Office of the MCE

Police arrest Funny Face after threatening to kill mother of...
4 minutes ago

Police comb for Shatta Wale after reportedly shot
11 minutes ago