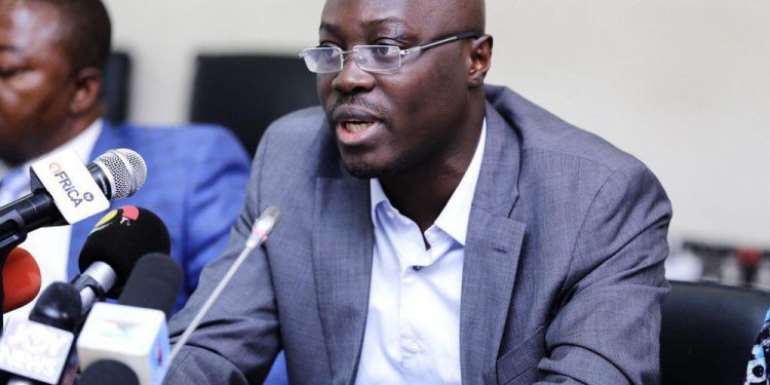 The National Democratic Congress’ (NDC) technical committee on COVID-19 has advised government to amend the proposed utilization plan for the US$3 billion Eurobond so funds could be made available to support the country’s fight against the coronavirus pandemic.

The government, after announcing a US$100 million fund for the COVID-19 fight, has written to the International Monetary Fund (IMF) and World Bank for support.

A member of the NDC COVID-19 Technical Team, Cassiel Ato Forson, proposed the alternative funding strategy during a media encounter in Accra on Wednesday.

“We humbly appeal to the government to amend the proposed utilization of US$3 billion Eurobond proceeds to make funds available immediately to cater for the COVID-19 related expenses and the possible adverse economic shocks that may occur,” he noted.

“The proposed utilization plan for the 2020 Eurobond proceeds as originally presented to the Finance Committee of Parliament and later to the plenary for approval indicated that the proceeds were tied to three main expenditure items; budget support, restructuring of the energy sector, and liability management. The distribution of the proceeds according to the proposed utilization plan as submitted by the government to Parliament was at the exchange rate of US$5.72 to the cedi.”

He also proposed a review of non-emergency expenditure in the budget for the same course.

He said, “In times of emergency, in economics and finance, we have something called reprogramming of development program. We wish to propose to reveal non-urgent expenditure in the 2020 budget so that funds will be made immediately available for the fight against COVID-19. Ghana has already recorded 68 cases and three deaths, unfortunately. These worrying development require urgent and pragmatic measures to manage and contain the situation. The economic impact of the outbreak is likely to affect almost all sectors of the economy hence the need for immediate finding to minimize the effect of this outbreak.”

In February 2020, Ghana became the first-ever country on the African continent to issue a 41-year bond , as the West African country successfully raised US$3 billion in the international debt capital markets.

The capital markets reaffirmed their increasing confidence in the Ghanaian economy when the West African country's 2020 international bond issuance resulted in an order book five times the amount required on Tuesday, 4 February 2020.

This bond issuance comes two weeks after international ratings agency Moody's gave a resounding vote of confidence in the country's economy with a positive outlook.

Following a three-day roadshow in a series of fixed-income investor meetings in New York, Boston and in London, Ghana issued a second tri-tranche Eurobond transaction under its International Capital Markets Programme.

Cassiel Ato Forson had earlier asked the government to rely on reserves at the Central Bank to implement pro-poor measures to support individuals and firms that will be worst hit by the coronavirus pandemic.

The measures proposed include rent subsidies and freezes, deferral of tax payments and a stimulus package for businesses.