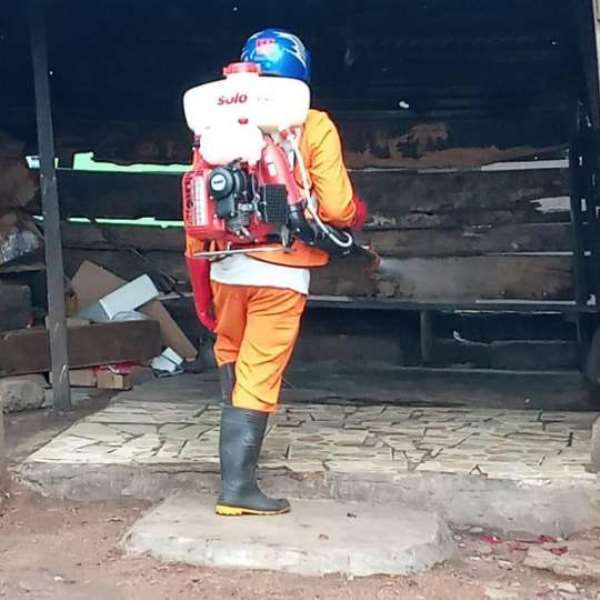 The Tamale Metropolitan Assembly (TaMA) has started fumigation of local markets and lorry stations within the metropolis as part of measures to combat the spread of Covid-19 in the country.

The exercise, which began on Tuesday, March 24, is expected to complete by close of Monday, March 30.

Markets scheduled for fumigation on Wednesday were closed to pave way for the exercise.

Two markets, the Tamale Central and Aboabo Markets were disinfected as at Wednesday, while the rest including; Lamashegu, Kukuo, Central Bus Terminal, Industrial Area and Metro Mass Transport station markets will be disinfected each day till the end of the stipulated period.

The exercise is part of a national fumigation exercise being led by the Ministry of Local Government and Rural Development, which is in line with the President's directives on measures outlined to contain and prevent the spread of Covid 19 in the country.

Mr Musah Iddrisu, the Tamale Metropolitan Chief Executive (MCE), who monitored proceedings, expressed satisfaction at progress made so far with the exercise, and commended the market women for complying with the directives for uninterrupted exercise.

He said each market after undergoing the exercise, would be opened to business after 24 hours.

Mr Iddrisu said the disinfection would also ensure a hygienic environment for traders, apart from containing and preventing the spread of the disease in the metropolis.

The MCE called on members of the public to practise personal hygiene and frequently wash their hands under running water and use hand sanitizers frequently and minimise human contacts to prevent the disease from spreading.

“It is important for us to adhere to the precautionary advice being outlined by health professionals and together, we can fight the deadly virus in our country”, he added.