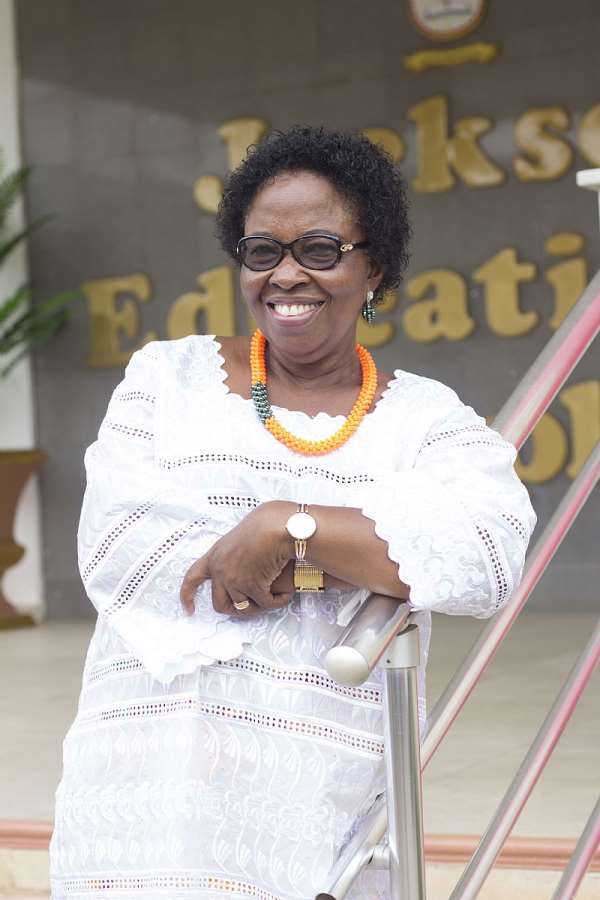 Mrs. Theodosia Jackson, the Principal of Jackson College of Education has admonished Ghanaians to learn to be law-abiding in order to build a civilized and prosperous country.

According to her, that is the way to go as a nation to effectively address the numerous social problems confronting the country including but not limited to especially, poor sanitation and widespread indiscipline.

According to the renowned educationist, God has been faithful to Ghana over the years but the blatant disregard for basic laws by the citizenry is the bane of the country’s development.

“The battle is the Lord’s, but if we don’t change our bad attitudes as a people, we can’t make any meaningful progress”, the seemingly worried educationist pointed out.

Mrs. Jackson underlined the need for Ghanaians to be conscious of personal hygiene and good sanitation practices as the country battles the outbreak of the Covid-19 pandemic.

She said much as it is important for people to protect themselves with hand sanitizers as recommended by health authorities, they must also not lose sight of the need to keep their surroundings clean and desist from the reckless littering.

“What is the essence of using sanitizers if people continue to engage in open defecation and live in absolute filth?”, she queried.

The initiative by the government to fumigate all major markets across the country, she noted, is a laudable initiative but whether occupants of these markets would keep them clean after the exercise is another issue.

“It is disgusting how some market women defecate in plastic bags and dispose of them anyhow while others also throw garbage just beside litter bins”, she decried.

She expressed fears that thousands are likely to die due to other diseases such as cholera and malaria which thrive on filth as the country concentrates on the fight against the coronavirus.

The country, she believes, would overcome the threat of the virus and other diseases by the grace of the good Lord but urged Ghanaians to ensure attitudinal change too.

She alluded to 2nd Chronicles Chapter 20 where three nations declared war on Israel. She added that when the Israelites sought the face of the Lord, He told them the battle was His but asked them to go

through the valley while singing the praises of the Lord.

It is against this background that she commended the government for seeking God’s intervention in the wake of the covid-19 and charged the citizenry to back leadership by desisting from practices that could compromise the health of the populace.

She further reminded the general public to be mindful of how they dispose of waste and called on the appropriate authorities to pay attention to the increasing filth across the country, warning that, the outset of the rainy season could also trigger cholera outbreak to compound the already volatile situation.

Mrs. Jackson also called on the media to join the campaign to sensitize the general public to maintain good and hygienic environment. This, she believes, would help change the bad attitude of Ghanaians towards proper sanitation.

“Imagine the impact the huge funds that successive governments have been committing to fighting diseases such as malaria and cholera could have on other sectors of the economy if we had kept our environment clean”, she opined.