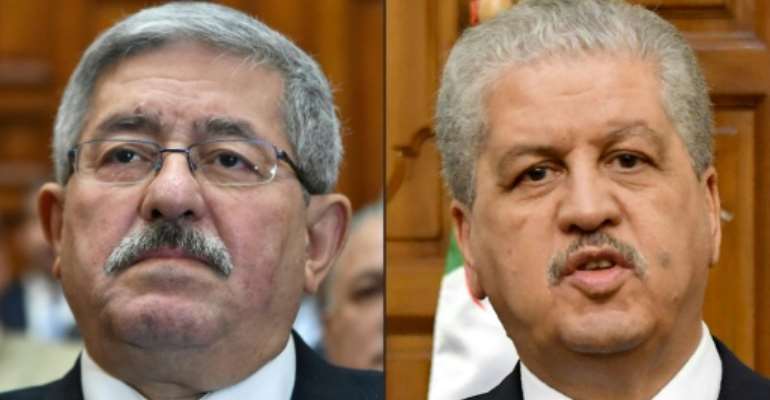 The Algiers court sentenced Ahmed Ouyahia and Abdelmalek Sellal to 15 and 12 years jail time respectively, confirming a ruling by a lower court on December 10 last year.

The two premiers had served under president Abdelaziz Bouteflika, who was forced to resign in April last year by enormous street protests against his bid for a fifth term in office.

They were the first former prime ministers to be put on trial since Algeria's independence from France in 1962.

They now have eight days to appeal to the Supreme Court.

Scandals within Algeria's auto industry -- including murky funding for Bouteflika's aborted re-election bid -- were at the heart of the case, which also resulted in prison terms for other former ministers and businessmen close to the ex-president's regime.

Financing for the longtime leader's campaign had "cost the treasury an estimated 110 billion dinars (more than to $890 million)", the prosecutor said.

The auto industry scandal led to the loss of an estimated 128 billion dinars of public funds, according to official figures.

Other rulings handed down by the appeal court reduced sentences for former Algerian ministers and businessmen also standing trial.

But for his lawyer Khaled Bourayou, it was still an "unjustifiable verdict".

"As long as justice is instrumentalised, we can't expect anything else," he said of the ruling, adding that the plaintiffs will appeal to the supreme court.

Since March 1, around twenty former politicians, powerful businessmen and senior officials have been judged on appeal in corruption cases.

Other trials await some defendants named in the wide-ranging investigations into alleged corruption that were launched after Bouteflika's departure.

Huge protests against cronyism have continued in Algeria despite Bouteflika's resignation and the election of a new president in December, with activists demanding a complete overhaul of the political system and removal of Bouteflika-era figures.

While some have welcomed the trials of figures in his entourage, including his powerful brother Said and two former intelligence chiefs, many fear that they amount to little more than a power struggle between regime "clans".