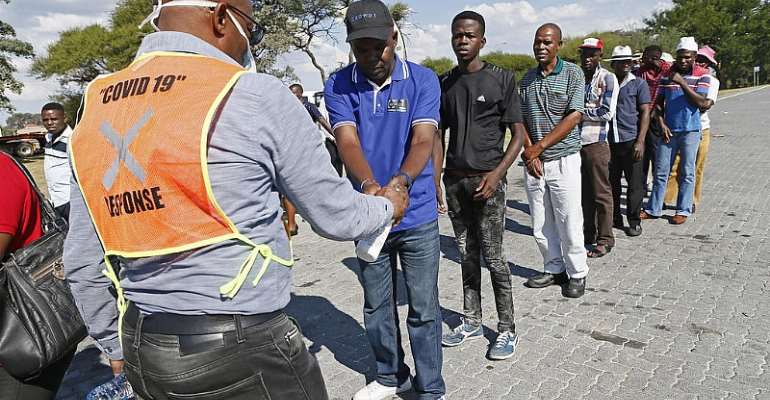 South African health authorities said on Wednesday that coronavirus cases had jumped by 155 over a 24-hour period, although the country has yet to record any deaths. The National Institute for Communicable Diseases said it had confirmed 709 cases of Covid-19 with Gauteng and Western Cape provinces the hardest hit.

“We are expecting that there is still going to be quite an increase in the numbers of cases and we also expect that a lot of work has to be done by South Africans to contain this infection,” South African Health Minister Zweli Mkhize told the SABC state broadcaster on Wednesday morning.

South Africa is expected to go into lockdown at midnight on Thursday with restrictions in place for three weeks.

The country's national carrier South African Airways last Friday announced the suspension of all international flights until 31 May. It will also suspend domestic flights from Friday to coincide with the nationwide lockdown.

“These choices and sacrifices are absolutely necessary if our country is to emerge stronger from this disaster,” said Cyril Ramaphosa during a televised address on Monday.

The government identified some 16,000 beds at 52 quarantine sites across South Africa, according to Public Works and Infrastructure Minister Patricia de Lille. The sites are a combination of government and private facilities that would need to be assessed by the health department, The Times reported.

South Africa's national parks will be closed from Wednesday until further notice, said SANParks. Guests from high risk countries currently staying in the parks were asked to remain in the parks until they were provided with assistance.

Mining in South Africa will be "scaled down significantly" including gold, chrome and manganese, although processing of platinum would continue, notably for medical products, according to the Department of Mineral Resources.

South African Reverse Bank also announced it would "commence a programme of purchasing government securities" in an effort to provide stimulus through quantitative easing.