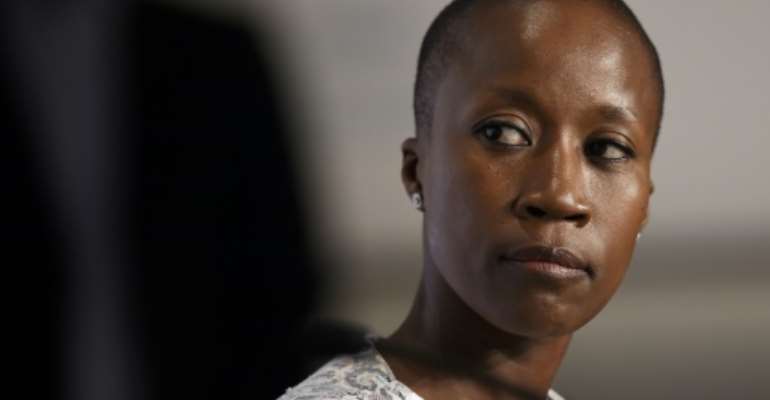 The Malian singer Rokia Traore is fighting a Belgian arrest warrant over a child custody dispute.. By Loic VENANCE (AFP/File)

A Paris appeals court on Wednesday granted Malian musician Rokia Traore conditional release despite ruling she could be extradited to Belgium over a child custody dispute -- a decision her lawyer vowed to contest.

Singer and guitarist Traore was arrested on a European arrest warrant issued over a child custody battle when she arrived from Bamako at Paris' Charles de Gaulle airport earlier this month.

This followed a Belgian court ruling last year ordering her to return her five-year-old daughter to the child's Belgian father, from whom Traore is separated.

"Under the circumstance, we cannot organise Ms Traore's transfer to the Belgian authorities," said the court's advocate general, who advises the court, said at a hearing. He was referring to the strict travel restrictions imposed to fight the coronavirus outbreak.

"Obviously we will appeal to the supreme court and then the European Court of Human Rights if we have to," her lawyer Kenneth Feliho told AFP.

Traore herself had addressed the court by videoconference from the prison where she is being held.

"Even though I live in Mali, I have always responded to Belgian legal authorities," she said. Dressed in a grey sweater, she also said that she had begun a hunger strike.

An award-winning musician, Traore is also known for her advocacy work for refugees, and was made a UN ambassador for refugees in 2016.

Mali's authorities have expressed their "solidarity" with Traore and said they had mobilised diplomatic and consular services to try to resolve the custody dispute.