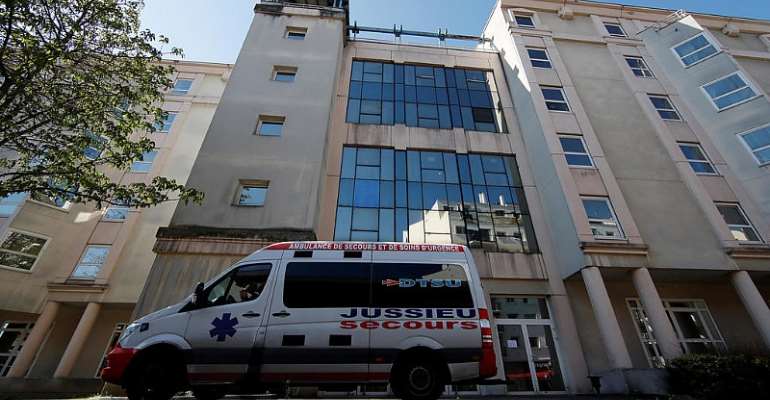 France registered 1,100 deaths due to Covid-19 as of Tuesday, but nursing homes in regions most affected by the coronavirus say the official figures are missing many cases and that real mortality is much higher.

In reading his daily tally of new cases and deaths of Covid-19 in France, director general for health Jérome Salomon said Tuesday evening the 1,100 deaths recorded to date reflected those cases who had died in hospital.

He acknowledged nursing homes were a site of high mortality due to the new coronavirus and that "deaths in hospital probably represent a small part of the overall mortality."

Since the coronavirus epidemic reached France, health officials have chosen to test only the most serious cases of Covid-19, which generally means those in which hospitalization is required, or at least considered.

Unlike in Italy, France does not carry out post-mortem tests, meaning if a person with symptoms resembling those of Covid-19 dies without being tested, they are not included in the official mortality figures.

But alarming reports surfacing in recent days suggest the toll has already been considerable.

In a Paris nursing home, 16 out of 510 residents have died over the past two weeks and 84 others were thought to be affected by Covid-19, newspaper Le Parisien reported Tuesday.

In the Vosges department of eastern France, which has one of the country's highest rates of infection, a nursing home reported Monday that 20 of its 163 residents had died because of Covid-19 since the start of the epidemic.

Geriatric care groups sound alarm
Officials in the geriatric care sector have been sounding warnings, as well.  Frédéric Valletoux, president of the French Hospital Federation, told France Info radio between 100 and 150 of the 700 nursing homes in the Paris region might already be affected.

Dominique Chave, secretary general of a trade union representing staff in nursing homes, told France Inter there have been "not dozens, but hundreds of deaths" in nursing homes.

One group warned up to 100,000 residents of nursing homes around the country risked dying due to Covid-19.

"These 100,000 deaths are the calculation of a risk," Pascal Champvert, president of a national association of directors of geriatric care services, told Ouest France newspaper.

"We are going to do all we can to prevent this from happening," he said, adding that face masks were beginning to arrive in the majority of locations.