COVID-19: A Fulfillment Of Revelation Chapter 18 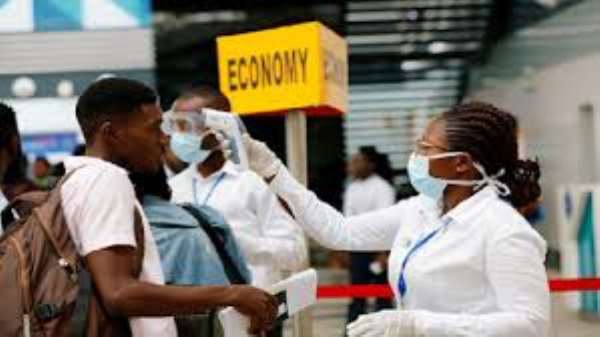 Where are the political stomach prophets to tell us more about the pandemic CORONA VIRUS and its impact on humankind on this earth?

Why have they backed off from the discussions and have allowed the media and medical doctors to reach the platform to disseminate the issues?

Where is God in the midst of this pandemic explosion?

Yes, the modern-day Ghanaian stomach and political prophets cannot wade into the Corona Virus pandemic discussion because they lack the scriptural knowledge about it.

But why not involve the citizens in this exercise in a nation-wide confession of the people’s sins and repentance? What about the other world leaders since this a global crisis?

Fellow Ghanaians, God indeed is deeply involved with the generation and distribution across board this virus as has done that before to punish Israel anytime they sinned against Him.

Let’s go into the Bible and learn whether somebody in time past prophesied our current virus crises in terms of tribulations that would impact this world before the end time.

The book of Matthew Chapter 24 verse 21 says: For then, there will be great tribulation, such as has not been from the beginning of the world until now and never will be”

Mankind is doing everything collectively to contain the virus from spreading and in Ghana, President Nana Addo Dankwa Akuffo-Addo has brushed off all the negative criticism from the opposition to lead Ghanaians on the path of “righteousness” to manage the crisis for now.

But the question is; has the world been able to wipe out EBOLA, HIV, SWINE and AVIANCE FLUS or have these flus gone underground or are in hibernation or are smouldering fire waiting to resurrect to assert their presence in this last days of the Babylonian system of the world?

The Bible describes the present generation as living in tribulation because it is a generation that has the capabilities to manufacture dangerous viruses and germs as part of its military arsenals to kill off humans in what scientist describe as COSMOCIDE.

The Corona virus, unlike the Ebola, HIV and other “small boys” viruses has hit almost all nations to make it an all time pandemic in history.

Unlike the Ebola and its lesser viruses COVID - 9does not feel shy of Presidents, Prime Ministers, Kings, Government Officials, their wives, Children, the Rich and Celebrities.

Africans and people from the Third World Countries are breathing a sigh of relief as the COVID-19 did not originate from Africa or any poor third world country. It would have created a literal apartheid between whites and blacks, the have and poor nations to bring the world in a hate stupor.

Why did the COVID-19 originate from a second world economic power like China to jump to the first economic power the United States of America to Europe and Asia tiger nation?

Is the world experiencing an event that is being controlled from Heaven as part of God’s end time plan?

Babylon Has Fallen
Part of God’s plan to bring mankind to its knees prior to the second coming of Jesus Christ is to collapse the very system that began with the Babylonian system.

The book of Revelations chapter 18 verse one to three gives the information attributing to our COVID-19-hit world. “After this I saw another Angel coming down from heaven, having a great authority and the earth was made bright with his glory “And he called out with a mighty voice; FALLEN, FALLEN is BABYLON THE GREAT.” She was becoming a dwelling for every unclean spirit, a haunt for every unclean bird. A haunt for every unclean detestable beast. “For all nations have drunk the wine of the passion of her sexual immorality and kings of the earth have committed immorality with her And merchants of the earth have grown rich from power of her luxurious living.”

From Nebuchadnezzer as the head of gold in the huge statue that represented successive kingdoms as seen in the dreams of Prophet Daniel; mankind has lived and developed through ages based on the corrupt practices of the Babylonian system up to date.

The Babylonian system could be found in all sectors of human endeavour such as trade, business, sports, entertainment, religion, geopolitics, education, travelling, diplomacy and other social shifts and which the COVID-19 has devoured to bring the modern world to its knees.

It is this Babylonian system that God warned his people and Christians not to meddle in it for their own good.

The stern warning comes in verse 4-7 in Revelation chapter 18. It reads “come out of her sins, lest you share in her plagues.

Verse 5: For her sins are heaped high as Heaven and God has remembered her iniquities (Remember plagues come in the form of viruses)

Verse 6: Pay her back as she (the Babylonian system) herself has paid back others and repay her double for her deeds, mix a double portion for her in the cup she mixed.

Verse 7: As she glorified herself and lived in luxury, so give her a like measure of torment and mourning.

Ghana’s president, Nana Addo Dankwa Akuffo-Addo has prophetically said it all that “we are not living in the ordinary times”

This is indeed the times Jesus prophesied it will impact in the earth prior to His second coming as He sat on the Mount of Olives with his disciples as recorded in Matthew Chapter 24.

Nations have joined hands in trying to slow down the spread of the virus but to what extent?

Aren’t the same nations that are polluting the very atmosphere with greed to gain wealth?

Aren’t the same nations that have engaged in galamsey to destroy rivers and God’s earth?

Aren’t the same nations that produce corrupt leaders to create loot and share the nation’s resources at the expenses of the poor citizens and with the connivance of the stomach and political prophets?

Is the world dealing with the COVID-19 crisis or must expect deadly virus whose swathe of terror goes beyond hand-washing, face mask and isolation of infected people?

After the Virus, is the world about to be ushered into a dangerous chemical and germ warfare as the world has a huge stock of military-manufactured viruses?

God indeed is not going to spare our Babylonian system. He has decreed in his anger to end it all.

God’s anger is in the book of Zephaniah chapter 3 verse 8. “Therefore wait me, declares the Lord, for the day when I rise up to seize the prey. For my decision is to gather nations, to assemble kingdoms, to pour out upon them my indignation, all my burning anger for in the fire of my jealousy all the earth shall be consumed.”

The end is here! And many are the boasters and scoffers seeking to find anti-virus drugs to allow for the continuation of the Babylonian system.

Ancient Egyptian Pharaoh tried to defy God with his magicians to counter anything Moses did but failed,

God knows his children to PASS OVER THEM
WITH THE COVID-19. Yes, we would do our best to prevent the spread of the virus but we must seek God with prayers.

WE MUST REPENT OF OUR SINS BOTH AS INDIVIDUALS AND THE NATION AT LARGE.