Malagasy? Or is it Madagascan? Our research provides the answer 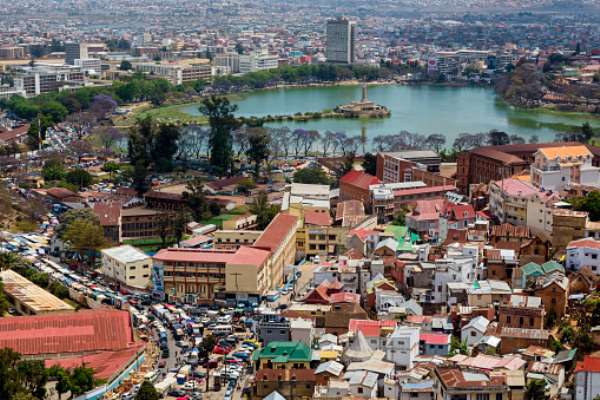 Madagascar is a peculiar island. This is true because of its unique biodiversity , its richness in a variety of precious stones and its complex geological history and structures. It's also true because of its language – and the way things are named there.

Most of Madagascar's inhabitants are thought to be originally from Asia and Africa, but mainly from Malayo-Polynesia. As a result, the island's language and its culture have been partly influenced by their language and cultures.

When accounts of Madagascar are written in English two terms are used – “Malagasy” and “Madagascan” – to describe its people, its culture, and many other things such as fauna, flora and other inanimate objects.

The two words have been used interchangeably in many English reports and documents. Nor has their use ever been applied consistently.

That has left room for confusion for everyone – from authors to reporters as well as the people of Madagascar, who have been called and named differently by foreigners. For some, “Malagasy” is enough to name and define anything from Madagascar. For others, “Madagascan” would be more appropriate since it sounds more like the word Madagascar.

Then there are those who suggest that “Malagasy” only reflects the people and culture in Madagascar, but “Madagascan” should be used when talking about inanimate objects. So what is the appropriate and correct English noun or adjective?

The answer is important to ensure that scholars pay proper respect to local cultures.

When colleagues and I did some research into this, our findings came down firmly in favour of “Malagasy”.

To find relevant documents reporting on Madagascar before and after 1900, we investigated scholarly articles from the Web Of Science Core Collection and other reliable online resources. These also included Google Scholar and internet archives.

Our thorough investigation was then evaluated by public opinions collected from an online survey, which received 139 responses from various audiences.

These approaches were combined to help understand when, how, and why misconceptions and confusion started and persisted. And to propose a solution to avoid such confusion by giving values and respect to local cultures.

Results from the research combined to suggest that the term “Malagasy” must have unintentionally been replaced by the term “Madagascan”. In fact, the term “Madagascan” seems to have occurred around the royal period, or soon after King Radama I welcomed the British Christian missionaries into the country as a sign of revolution and modernisation around 1820. Prior to these times, Madagascar used the Arabic script (called “sorabe”), but King Radama I found its usage difficult.

Unfortunately, King Radama I's English advisors disagreed on several aspects of Malagasy literature, including the spelling rules, while teaching the king how to write and translate English documents into Malagasy. This could have been the main and initial triggers of the usage of “Madagascan” over “Malagasy”.

It is also worth noting that the island's name, Madagascar, is of uncertain origin. Historical documents suggest that the Venetian merchant Marco Polo, who did not even visit Madagascar, confused the island with the kingdom of Mogadishu in Somali, East Africa (located slightly north of the Equator), and named it based on mispronunciation and misspelling of the name Mogadishu.

The earliest occurrence of “Madagascan” in the literature was around the late 1800s and early 1900s. The obvious similarity between “Madagascar” and “Madagascan” could have influenced its continued usage in succeeding literature. It could have also been influenced by the French usage of “Malgache”, a word that has not been favoured by Malagasy people since the colonial period.

The Malagasy language is rooted in the Malayo-Polynesian language family and so is the majority of its population. The people, the culture, and other objects from Madagascar have been named and called “Malagasy” by the natives. Time series showing the evolution of the usage of the two terms Author supplied

It is very important that scholars working in particular places should pay proper respect to local cultures. This is the main reason we conducted this research. As a survey participant pointed out:

Malagasy is the term Malagasy people use to describe not only themselves but all aspects of their culture, it should be used by outsiders in the same way.

Although it may sound easy and logical to use, the term Madagascan does not reflect the people, the culture, and other objects from Madagascar.

We concluded from our findings that the correct term to use is “Malagasy” and that it should be used to refer to the people, the culture, and other things from Madagascar.

Andriamiranto Raveloson does not work for, consult, own shares in or receive funding from any company or organization that would benefit from this article, and has disclosed no relevant affiliations beyond their academic appointment.

By Andriamiranto Raveloson, Post Doc Seismology, University of the Witwatersrand